Even a cup of green leafy vegetables a day can boost muscle function, new research suggests.

Eating a cup of green leafy vegetables a day can improve muscle function, a new study in the Journal of Nutrition reports. Those who eat nitrate-rich foods, mainly from vegetables, have a significantly better muscle function in their legs.

Poor muscle function is associated with a higher risk of falls and broken bones and is considered an important indicator of overall health and well-being.

Researchers examined data from 3,759 Australians who participated in the AusDiab study from the Baker Heart and Diabetes Institute in Melbourne over a 12-year period. They found that the participants with the highest regular nitrate consumption had an 11 percent stronger force in their legs than those with the lowest nitrate intake. Walking speeds were also found to be up to four percent faster.

Strengthens muscles regardless of movement

These results demonstrate once again the importance of nutrition for overall health. The study showed that a diet with a high proportion of nitrate-rich vegetables can boost muscle strength regardless of physical activity. Nevertheless, for optimal muscle function, the study authors recommend combining a balanced diet rich in green leafy vegetables with regular exercise and strength training.

Muscle function is crucial for maintaining good general health, especially for strong bones in later life. With about one in three Australians over 65 suffering a fall each year, it is important to find ways to prevent such events and their serious consequences.

Although leafy vegetables are among the most unpopular vegetables, they may be the most important vegetables. The study found that nitrate-rich vegetables such as lettuce, spinach, kale and even beetroot have the greatest health benefits. Less than one in ten Australians eat the recommended five to six servings of vegetables a day. Humans should eat a selection of different vegetables every day, with at least one variety being a leafy vegetable in order to obtain a number of positive health benefits for the musculoskeletal system and the cardiovascular system. Because nitrate-rich vegetables also help to lower blood pressure and prevent heart attack and stroke.

Of course, it is also better to eat nitrate-rich vegetables as part of a healthy diet instead of taking supplements. Green leafy vegetables provide a whole range of important vitamins, minerals and fiber that are essential for health. The current study builds on an earlier study that examined the relationship between nitrate and muscle function in older women. It also supports the growing evidence linking vegetables to cardiovascular health, including a recent study on cruciferous vegetables and blood vessel health. 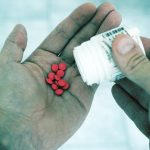 Previous post Is it OK to take painkillers on an empty stomach? 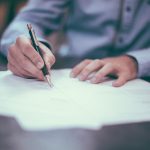