Thousands of space debris are present in low orbit. On the ground, scientists calculate their trajectory to avoid possible collisions. While these calculations are usually only possible for a few hours at night, researchers have developed a technique to observe the debris during the day and without time limits.

Since the 1960s, the space surrounding our planet has been invaded by a great deal of debris: rocket stages, boosters or even inactive satellites. Today these tons of debris pose a safety threat, taken very seriously by the International Space Station (ISS) and other active satellites. However, while some debris carries reflectors and are easily spotted, the majority do not.

From Earth, astronomers scan the debris with lasers to predict their path and avoid possible collisions. However, the current technique allows this for a few hours only, and at night. A study published in the journal Nature Communications on August 4, 2020 suggests a new approach. This research led by Tim Flohrer, head of the Space Debris Office at the European Space Agency (ESA) could revolutionize the observation of space debris.

Motivated by this research, ESA is already planning to build a new laser station in the Canaries (Spain). The latter will be located near the current OGS telescope of the Teide Observatory on the island of Tenerife.

At the Austrian Space Research Institute, researchers succeeded in increasing the contrast of space debris. Thus, these have become visible in broad daylight! This new technique uses a combination of telescopes, filters and other detectors. In a statement, the scientists explain that now it is possible to observe previously invisible objects in the blue sky.

“Ultimately, this means we will get to know the debris population better, which will allow us to better protect Europe’s space infrastructure,” said Tim Flohrer.

While the study’s leaders were able to spot around 40 different pieces of debris, their observations go further. Indeed, they have also been able to observe stars whose luminosity is ten times less than that of stars visible to the naked eye. 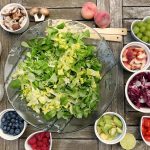 Previous post What to eat if you have lung cancer 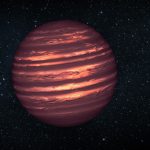