A recent British study has made an incredible discovery on ketamine. If the substance is taken heavily, the brain may stop completely for a short time before restarting. This phenomenon was observed for the first time in sheep.

An interruption of a few minutes

Synthesized for the first time in 1962, ketamine is a psychotropic drug used as a general anesthetic. Unfortunately, it is also a potent and devastating drug. Even though science has known this substance for more than half a century, it still has secrets to reveal. In a study published in the journal Scientific Reports on June 11, 2020, a team of researchers from the University of Cambridge (UK) shared their findings.

The discovery was made while scientists were studying the patterns of brain activity in six sheep with Huntington’s disease. After giving them ketamine, the researchers observed in five of these animals a complete interruption of brain activity for several minutes! However, it turns out that such a phenomenon has never been observed before.

The study leaders explain that this is not just a drop-in brain activity. Indeed, there is talk of a complete brain shutdown! After a few minutes, the sheep’s brain started to function normally. For Jenny Morton who led this research, “it was as if we had turned them off and back on.” In addition, it should be known that this was visible thanks to the electroencephalographic surveys.

A brain still alive and intact

The study included several doses of ketamine, ranging from 3 mg / kg to 24 mg / kg. These are the maximum threshold as an anesthetic and the minimum threshold as a drug, respectively. This made it possible to understand that the brain activity of sheep follows a kind of cycle made up of three quite distinct stages. According to the researchers, there is talk of sedation followed by dissociative anesthesia and the absence of voluntary movements, then of a fully conscious and alert state (always without movement).

The total brain interruption has been observed with the highest dosages. However, the researchers said the animals were still breathing. In other words, some cortical areas were still active, testifying to the fact that the brain was still alive and undamaged.

For the study leaders, these findings may provide a better understanding of how ketamine works on the brain as an anesthetic. In addition, it could be a question of opening avenues for a use of this substance to fight against certain neurological and psychological disorders. 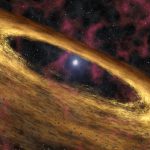 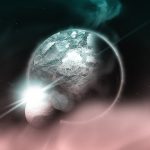 Next post Pluto may have had a liquid ocean
0 Shares