It’s not just people who produce tears. Many animals also produce eye moisture to a greater or lesser extent. Yet we know very little about the process behind these animal’s tears. For example, tears have only been studied in a short list of mammals, including dogs, horses, monkeys and camels. However, in a new study, researchers have decided to expand this list and have added seven species of birds and reptiles. Furthermore, the team came to a surprising discovery: the tears of these animals don’t even differ much from ours.

Emotional crying is a phenomenon that actually only occurs in humans. But that doesn’t mean animals don’t produce tears. On the contrary. However, in animals they have a different function, mainly to clean/rinse the eye. “Tears are important components of the eye,” says researcher Arianne Oriá. “Different animals produce tears, from fish to mammals. They protect the eye from damage, prevent the eyes from drying out and cause the tissue to cool down. In fact, you can see tears as a link between the environment and the eye surface.”

Human tears can be divided into three categories, depending on their origin. For example, there are psychological or emotional tears, which arise when we are experiencing (intense) emotions. This can be both positive and negative. Basal tears are continuously produced in small amounts to keep the eye moist. Reflexive tears are excreted in case of irritation, such as dust or tear gas as well as cutting onions. These tears not only have a different origin, but are also different in composition. For example, an emotional tear contains protein-like hormones. One of these hormones is a neurotransmitter that naturally acts as a stress-relieving agent.

Tears therefore play a crucial role in maintaining a healthy vision. But as mentioned, tears in many animal species have not yet been thoroughly investigated. That’s why, in the current study, the researchers decided to examine the tears of birds and reptiles. The researchers worked with veterinarians to collect tear samples from healthy, captive animals, including macaws, hawks, owls, parrots, turtles, caimans and sea turtles. To carefully compare these tears with those of humans, the team also collected the tears of ten healthy human volunteers.

The researchers painstakingly analyzed the different tears in order to find out their composition. And they discovered something special. All tears – from the different animals and humans – were found to contain similar amounts of electrolytes, such as sodium and chloride. However, birds and reptiles had slightly higher concentrations. In addition, the concentrations of urea and protein in the tears of owls and sea turtles were also slightly higher. Nevertheless, it is quite surprising that the composition of tears in the animals studied is so similar to that of humans, especially since the tear production in birds and reptiles is started in a different way. “Previous studies have shown that dogs and humans have similar tears,” oriá says. “Now we are expanding this further by demonstrating that other animals also have similar tear compositions and that the concentration of electrolytes is similar to that of humans.”

In addition to the composition, the researchers also looked at the crystals that form when tears dry up. For example, researchers use these crystals to understand certain eye conditions. Although the different types of animals had a similar tear composition, the crystals showed surprisingly much variation. Especially the tear crystals of sea turtles and caimans are particularly unique, probably because these animals live in the water. “The crystal structures are organized in different ways,” Oriá explains, “so that they can guarantee healthy eyes and a good balance with the environment.”

The findings highlight the striking similarities and differences in tears of the animals and humans studied. And that provides more insight into the evolution of tears in different animal species. “In our study, we noted that there are surprising similarities in the tear composition of people and animals living in similar environments,” Oriá concludes. “The differences noted may be the result of the adaptation of these animals to entirely different habitats. This is crucial for our understanding of evolution and how these animals have adapted to their environment. At the moment we can say that there is a direct connection between the environment and the composition of the tear.”

The researchers hope that their study can also contribute to the development of better ophthalmic treatments for both humans and animals. Because more insight into the composition of tears, according to Oriá, is also essential for the manufacture of better eye medicines. 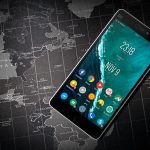 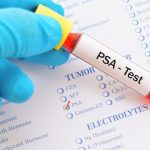