Syphilis and its sister diseases may have been prevalent in Europe earlier than previously thought. This is the conclusion of researchers from the University of Zurich. The idea that Christopher Columbus and his fellow passengers smuggled syphilis into Europe from America in 1493 could be erroneous according to a study by Swiss researchers led by paleogeneticist Verena Schünemann. They found the syphilis pathogen Treponema pallidum and a previously unknown related bacterium in human remains, of which at least one sample probably dates back to the time before Columbus.

The origin of the bacterial disease, which occurs only in humans and spread strongly in Europe, especially from the late 15th to the 18th century, is still considered unclear. The pathogen Treponema pallidum has several subspecies that cause various diseases: Treponema pallidum pallidum triggers syphilis transmitted during sex and through blood, which without antibiotics can cause damage to the brain and blood vessels. Treponema pallidum pertenue, transferable by skin contact, triggers Yaws, also known as raspberry pox.

The researchers also found traces of Yaws in DNA samples from Finland, Estonia and the Netherlands, which date from the early 15th to 18th centuries. Today, the disease occurs almost only in the tropics and subtropics. “However, our data show that Yaws was widespread in Europe at the time,” says Verena Schünemann, according to a press release from the University of Zurich. In the skeleton from the Netherlands, the researchers also found an unknown pathogen of the same family. This disease appears to have developed alongside syphilis and Yaws, but no longer exists today, the researchers report.

The finds now shed new light on the history of Treponema pallidum: “Using our ancient genomes, it is now possible for the first time to apply a more reliable dating to the treponema family tree,” says Schünemann. As a result, by the end of the 15th century, there was already a great variety of subspecies in Europe. With the assumption that Columbus and his crew had introduced the disease, this finding can no longer be explained. Rather, molecular genetic calculations by the Zurich researchers revealed that the predecessor of all modern forms must have evolved at least 2,500 years ago and may have originated in Europe. 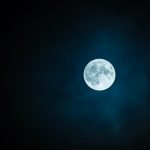 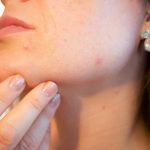