A massive star spotted a few years ago in a distant galaxy has completely disappeared from radar. Astronomers are still wondering, but according to the first elements of the investigation, we may have witnessed an event never seen before. In the Kinman dwarf galaxy (PHL 293B), located 75 million light-years from Earth in the constellation Aquarius, there was once a star “variable blue light”, about 2.5 million times brighter than the sun. This object, apparently on the verge of death, was the subject of numerous follow-ups between 2001 and 2011, astronomers studying it to better understand the end-of-life process for stars.

But a few months ago, a team of researchers focused again on this star, using the Very Large Telescope (VLT) of the European Southern Observatory (Chile). They were then surprised to find that his signature was completely absent.

“The star was gone! “, Emphasizes Andrew Allan, of Trinity College of Dublin (Ireland) and principal author of these works.

Puzzled, the astronomers then examined the archival data of the star recorded in 2011 and 2016. It emerged that its light was indeed present in the data for 2011, but absent in those for 2016. In a way, it seems that the star, a little less than 10 years ago, finally disappeared without leaving a trace. But how is it possible?

According to the researchers, the star may simply have become less bright due to significant mass loss.

After all, these objects are known to be particularly unstable. It is therefore theoretically possible that this star has experienced violent eruptions of matter, ultimately losing its luminosity. In this way, the dust bathing its galaxy would then have been enough to make it disappear in our eyes.

However, if this had been the case, astronomers would have observed specific traces of these changes in activity. However, this evidence was missing from the data collected by the team in 2019.

They then put forward another explanation, this time much more “exotic”. According to them, it could indeed be that the star collapsed in a black hole without going through the “supernova” box.

“If this hypothesis were confirmed, it would be the very first direct detection of such a giant star, thus ending its existence,” said Andrew Allan. The astronomer said, however, that it would be “very unusual for such a massive star to disappear without giving rise to a brilliant supernova explosion”.

Additional studies will be needed to determine the true fate of this star. To do this, astronomers intend to rely on the European Giant Telescope (ELT), under construction in Chile, which is to be inaugurated in 2025. Equipped with a primary mirror with a diameter of 39 meters, this instrument will be capable of probing distant galaxies with unrivaled precision. 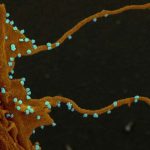 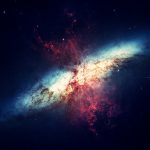