SpaceX plans to take advantage of an open launch window in 2024 to launch its first unmanned mission to Mars. The same year, the company also plans to land American astronauts on the moon.

While SpaceX’s beginnings were a bit complicated, the company has since succeeded in shaking up the space industry with its reusable launchers. Until a few months ago, these rockets were only deployed to launch satellites into orbit or to transport cargo to the ISS. Last May, a further step was taken with the dispatch of the first astronauts into space using a SpaceX rocket. Elon Musk is now aiming for the Red Planet. For information, it was this ambition that motivated the creation of the company in 2002.

SpaceX is also on track to launch its first unmanned mission to Mars “in just four years,” Elon Musk said Friday (October 16) at the Mars Society International Convention. “I think we have a chance to take advantage of this second transfer window”.

This window that Musk talks about is a launch opportunity to Mars that presents itself every 26 months. This year, NASA, China and the United Arab Emirates all took advantage of this opening (in July) to launch missions to the Red Planet. The next window will open in 2022 (ESA should take this opportunity to launch its ExoMars mission). Elon Musk is therefore referring here to the following launch opportunity: that of 2024.

On the technical side, this mission will normally be launched aboard a Starship vehicle, a sort of gigantic reusable spacecraft currently under development at the company’s facilities in South Texas. Two prototype test flights, called SN5 and SN6, were conducted this year, each reaching an altitude of 150m. SpaceX is currently preparing another prototype, called SN8, for a test flight at an altitude of twenty kilometers. This should be launched soon.

This Starship vessel, in fine, will also be capped at the top of the “Super Heavy”, an orbital launcher also under development at the company’s facilities.

The Moon also in the sights for Spacex

Note that while SpaceX initially stressed its intention to build a base on Mars, its main objective will be “simply” to transport goods and humans to and from the Red Planet, thus facilitating the development of Martian bases initiated by others, agencies or companies.

If Musk’s projections are correct (he is often very ambitious), this first SpaceX mission to Mars would therefore fall the same year as the one bringing American astronauts back to the Moon, as part of the Artemis program. Moreover, SpaceX is also still in the race to develop a lander that will allow this return to our satellite. The company will therefore play on several tables at the same time. 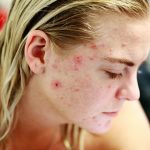 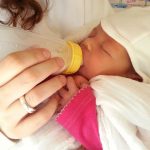