There may be life on one of Saturn’s moons. A joint team of astrobiologists from the University of Arizona and the University of Paris presented a new study on the analysis of the atmosphere of Enceladus, Saturn’s sixth-largest moon. A high concentration of methane was found in the water plumes of the moon’s atmosphere, which, according to the scientists, may be a sign of the existence of life.

The study is published in the journal Nature Astronomy and is briefly reported on the University of Arizona’s website. In their work, the astrobiologists hypothesize that an unknown process of methane production may occur in the hidden ocean under the icy shell of Enceladus.

Giant “water plumes” were previously recorded on the saturnian moon that gave rise to speculations on the existence of a huge, but hidden from the eyes, ocean. According to conventional theory, this ocean may be sandwiched between the hard core of Saturn’s moon and its icy shell.

Not so long ago, flying through water plumes and selecting samples to analyze their chemical composition, the Cassini spacecraft recorded a relatively high concentration of certain molecules. They were identical to those molecules that are observed on Earth in hydrothermal sources at the bottom of the oceans. We are talking about dihydrogen, methane and carbon dioxide, and the amount of methane found in the plumes of Enceladus was unexpectedly large.

“We wanted to know if Cassini’s high methane concentration could explain the presence of earth-like microbes that absorb dihydrogen and produce methane,” said lead study author Regis Ferrier. “Finding microbes known as methanogens on the seabed of Enceladus will require extremely complex deep-sea missions that are not expected to be on the horizon for decades.”

So, Ferrier and his team created mathematical models. This helped to calculate the likelihood that various processes, including biological methanogenesis, could reliably explain Cassini data.

As a result, the scientists concluded that the Cassini data are consistent with either microbial hydrothermal activity or processes that are not related to different life forms, at least with those we know.

Looking at the first option, the team examined the results of several chemical and physical processes that probably occur in the bowels of Enceladus. Then they created a mathematical analogue of terrestrial microbes. Using the model, the researchers were able to assess whether the chemical conditions, such as dihydrogen concentration in the hydrothermal source and temperature, could provide a suitable environment for the growth of these microbes.

They also studied the impact a hypothetical microbial population could have on the environment. Such factors, for example, included the rate of leakage of dihydrogen and methane in the plume.

” Not only could we evaluate whether Cassini’s observations are compatible with an environment habitable for life, but we could also make quantitative predictions about observations to be expected, should methanogenesis actually occur at Enceladus’ seafloor,” explains Ferrier.

The results show that even the maximum possible amount of methane production without “biological assistance”, based on known data on hydrothermal chemistry, would not be able to explain the high concentration of the methane in the plumes. But the addition of biological methanogenesis to the abiotic mixture could create conditions in which the “production” of methane on Enceladus would be consistent with Cassini observations. 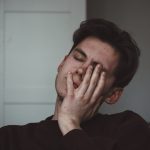 Previous post Asthenia: what is it and how to treat it? 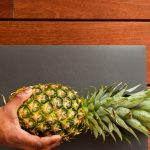