So far, scientists have discovered hundreds of exoplanets, however, it seemed that none of them could exist around stars with masses more than three times the mass of the Sun. In fact, this appeared to be impossible both theoretically and in practice. But that may not be the case, the Very Large Telescope of the European Southern Observatory may have just found a new planet, which has perplexed cosmogonists.

Indeed, scientists have just uncovered a planet in the star system b Centauri that defies this commonly held belief.

Researchers now believe that either b Centauri b should not exist at all, or that they know much less about how planets develop than they did previously believe. In any event, the finding of a massive planet in the massive star system b Centauri offers a no less massive conundrum than the discovery of the planet itself.

Never before have astronomers been able to locate an exoplanet in a star system that is both hot and huge. The discovery was published in the journal “Nature” by a team headed by Markus Janson of Stockholm University.

In the picture below, you can see the newly discovered exoplanet b Centauri b. The first b refers to the star designation, whilst the second refers to the planet itself. The picture was taken by the SPHERE instrument on the Very Large Telescope (VLT) of the European Southern Observatory (ESO), which Markus Janson’s team used to confirm their findings. Later, the researchers were able to discover the planet in archival data that had been stored for 20 years.

The exoplanet itself, like its huge parent stars, is an extreme exemplar of its kind: it has ten times the mass of Jupiter and is orbiting its double star at a distance 100 times greater than Jupiter’s distance from the Sun. As a result, scientists believe that it is unlikely to have been generated in a previously recognized manner.

Alternative scenarios, on the other hand, fail to explain the planet because the binary stars shine too intensely and too brightly for planets to form in their proximity and eventually migrate farther away from them, as seen in Figure 1. Other mechanisms, it seems, were in operation.

According to Janson’s study group, it is possible that b Centauri b originated in another star system and was caught by b Centauri.

“Trying to figure out how this may have happened would be an interesting undertaking. At the time, the situation is still a puzzle,” Janson concluded. 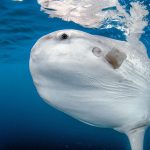 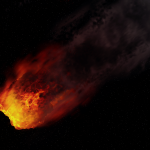