Hormonal contraceptives such as pills, syringes or implants seem to increase the risk of gum inflammation. This can lead to long-term gum loss and tooth loss.

It has long been known that the use of hormonal contraceptives is associated with an increased risk of thrombosis and cardiovascular disease. In recent years, it has become increasingly clear too that the use of contraceptives can also affect oral health. Women taking the pill appear to have a higher risk of bacterial gum inflammation, medical periodontitis.

In a new study, the scientists looked at studies that explored the link between gum inflammation and the use of hormonal contraceptives. A total of 18 studies were used for qualitative analysis. Five of them were also suitable for quantitative analysis. The women in the studies mainly used the pill. In a number of studies, a contraceptive syringe or implant was also used.

The women using hormonal contraceptives were more likely to suffer from gingivitis, which reduced the adhesion of the gums (periodontal adhesion), a measure used to determine the severity of periodontitis. This makes it easier for bacteria to settle and the teeth are also less firmly anchored in the gums.

The studies analyzed used different units of measurement, which made comparison difficult. However, 15 of the 18 studies showed a link between the use of hormonal contraceptives and the severity of gum inflammation. There is also a biological explanation for the link found. Sex hormones play a role in the inflammatory reactions that can occur in the gums. Estrogen can affect collagen metabolism in the gums and progesterone affects the permeability of the oral mucosa.

The scientists point out that the studies currently available indicate a link between the use of contraceptives. However, the studies are small, so larger studies are needed to further verify these results. Nevertheless, women who use contraceptives should practice particularly good oral hygiene and pay attention to signs of gum inflammation, such as bleeding gums, pain and bad breath. 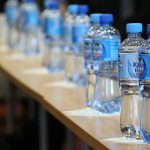 Previous post What kind of water is best for you? 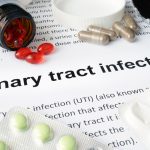