Virtually no country has been exempt from the catastrophic covid epidemic. In Peru, as in other South American countries, thousands of people have died. This sudden and overwhelming number of deaths has led authorities to resort to mass graves to take of the deaths.

However, about 400 people were buried in an open field in Iquitos, the capital of the Loreto district, which is located deep in the heart of the Amazon, without the knowledge of their families and without their agreement. The only object that may be found on many graves is a cross.

Indeed, when the covid epidemic erupted, many people were buried three by three, according to the official account of events. Families are sometimes left in the dark regarding the location of their loved ones.

Robert Lecca, a young Peruvian businessman, whose father was buried without his knowledge, is both furious and saddened by the whole situation. “It is quite difficult. It is a sensation I do not want anybody to have to go through. Losing a family member is a difficult experience in and of itself. However, the fact that he was not placed in a casket, that he was not given a Christian burial, the fact that no one knows where he is, is devastating,” he says.

However, as of late, the corpses of the victims’ relatives are being excavated at the request of the relatives. Some people were able to see the location before the corpses were buried. Families who are outraged by the idea of a single group funeral have spoken out.

“I am not sure why they are leading me to think that they are buried three by three,” says Arnaldo Agonari Chavez, the relative of a person who has been buried without informing their family. “The bodies are buried in a single hole. Every one of them is buried together in the same mass grave.”

The effects of the covid epidemic are still fresh in Peru. Iquitos, which is situated in the middle of the Amazon, has a population of half a million people and at least 3,200 individuals have died as a result of a crisis that has overloaded medical facilities.

To avoid mass graves, many people have laid their loved ones to rest in open fields. They did not want them to go to the mass grave, or they just did not want anybody else to receive the corpse for fear of spreading the disease.

With Fabiana, this is exactly the situation. She is now demanding that her mother be buried in a decent manner. “We are suffering as a result of the fact that we are unable to pay proper tribute to our loved ones, says Fabiana Arreatagui. Allow them us to come and inspect the burial circumstances on this property.”

In Iquitos, 70 percent of the population has been infected, and the crisis has the potential to reoccur in the future.

Officials in Iquitos are concerned that a new strain of the covid virus will be brought in by the river current, which has already brought in one strain from Brazil. Authorities are placing their hopes on vaccination, but it will not be a simple undertaking in the Amazon rainforest. Many people are wary of the vaccines, and logistical challenges will make it difficult for it to reach outlying regions. 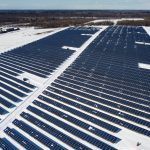 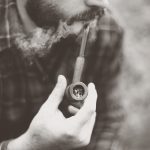 Next post Humans have been addicted to tobacco for at least 12,000 years
0 Shares