A major publication within the framework of the Global Carbon Project comes to clarify our understanding of the methane cycle and its evolution over the recent period. This work, published on July 15 in the journal Earth System Science Data (ESSD), is the result of the efforts of 91 researchers from 69 scientific organizations worldwide.

The study covers the period from 2000 to 2017. Measurements for subsequent years are not yet available worldwide or with an insufficient degree of calibration. Indeed, this type of evaluation requires a high level of precision which calls for significant work on the data. A procedure inherent in scientific research that requires time.

The role of methane in global warming

Methane (CH4) is the second most important greenhouse gas in terms of human influence on the climate. And this, just behind carbon dioxide (CO2). For the same mass, CH4 has a heating power 28 times higher than CO2. Since the start of the industrial period, its atmospheric concentration has multiplied by 2.5 (~ 1850 ppb in 2017). A level never seen in at least 800,000 years. Thus, the role of methane in the current warming is substantial — estimated at around 23%.

results obtained by scientists show that methane emissions have accelerated significantly over the most recent years. To the point of approaching the most pessimistic scenario defined in AR5 of the IPCC.

Agriculture and fossil fuels as the main causes

There are two main reasons for the global acceleration. On the one hand, the generalization of certain agricultural practices such as intensive farming. On the other, the extraction and increasing use of fossil fuels such as coal, oil and natural gas. The geography of anthropogenic releases shows that the increases are concentrated mainly in Africa and the Middle East, South Asia and Oceania, China and the United States. Conversely, Europe stands out as the only region to experience a decline.

No significant development in the polar regions

Furthermore, contrary to what one might think, no notable trend was observed in the CH4 emanations in the polar regions. In reality, natural emissions — permafrost, wetlands, termites, etc. — remained fairly stable (balanced) over the period studied. However, with continued warming, we can expect some shift in equilibrium in the years and decades to come. In particular, in tropical areas.

To contain this risk “we will have to eat less meat and reduce the emissions associated with raising livestock or growing rice and replace the oil and natural gas in our cars and homes,” notes Rob Jackson, one of the many co-authors of the study. In addition, “it can also involve identifying leaks in the oil and gas infrastructure. Actions in this direction would pay off in the very short term, much faster than for CO2, since the lifespan of methane in the atmosphere is about ten years,” adds Marielle Saunois. 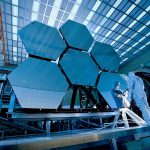 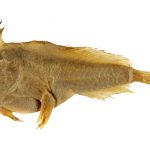