Could there be a mysterious hut on the far side of the moon? Indeed, Yutu 2, the lunar rover operated by the Chinese National Space Administration (CNSA), has discovered something unusual on the moon. On December 5, 2021, Space.com noticed a strange cubic structure, described as a hut, in a shot taken by the Chang’e 4 rover on the Moon.

What could it possibly be?

The picture was taken on the far side of the moon — the side that is never seen from Earth. The mysterious shape is situated around 80 meters north of Yutu 2 in a lunar crater known as Von Kármán (where the robot landed). The Chinese space agency has already dubbed the form “Mystery Hut” because of its enigmatic appearance.

The robot is expected to arrive by the mystery object within two to three lunar days at the earliest (one lunar day equals approximately one Earth month).

So, what is causing Yutu 2 to take such a long time to traverse a few tens of meters? The rover is powered entirely by solar energy and is forced to come to a halt during lunar darkness (which lasts around 15 days) and when the Sun is directly above it (because there is a risk of overheating).

In addition, Yutu 2 must make slow and deliberate progress across lunar terrain because it is littered with boulders and craters.

Even though Yutu 2 is not particularly near to the structure at this point, it seems very evident that an alien origin can be ruled out at this point. One possibility being examined to explain this form is that it is the result of a massive rock excavated as a result of an impact. This has previously been detected on the Moon by the Chang’e 3 mission.

Yutu 2 might thus be slowly nearing an impact crater that has just recently occurred. If this scenario turns out to be correct, it might provide a chance to learn more about the composition of the moon.

It’s not the first time Yutu 2 has noticed something mysterious on the moon. In 2019, the rover discovered a weird material on the far side of the Moon, which the chinese dubbed “mysterious shine gel.” In 2020, the nature of the object was determined: it was in reality a rock that had been produced as a result of a meteorite impact.

Since its arrival on the far side of the Moon in January 2019, Yutu 2 has outlived its estimated lifetime of three months, which was originally predicted for the spacecraft. It is still in motion and may shortly have rolled a total distance of 900 meters if everything goes according to plan. 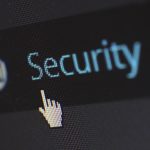 Previous post Reports reveal that Russian hackers have not slowed down 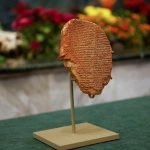