A small air leak spotted in the ISS forces the astronauts to spend the weekend in the Russian segment of the station. Time for NASA to find the source of the problem.

The crew of Expedition 63 are not in immediate danger. Truth be told, this small leak was first spotted in September 2019. However, the air loss rate was not high enough to worry NASA. From then on, the more important routine operations continued normally, while the operators kept an eye on this famous leak problem.

It must be said that the agency has been particularly busy in recent months. NASA and SpaceX have indeed successfully experienced their first commercial mission (Demo-2). Maintenance operations also required the astronauts to carry out several spacewalks. One was to repair a broken dark matter detector and others to replace the station’s batteries.

These complex operations went off perfectly, while the Demo-2 mission ended successfully a few weeks ago. With the next (the Crew-1 mission) not slated for at least next October, NASA decided it was time to deal with this infamous leak.

“Now that we have a relatively quiet period in operations (spacewalks, vehicle traffic), the crew will close the hatches on each module,” agency spokesperson Dan Huot told Space.com. “Ground operators will then be able to monitor the pressure of each module to isolate the source of the leak.

At this time, the agency is uncertain whether the leak is from the US segment or the Russian segment, and it won’t know until it reviews the tests scheduled until Monday.

For this reason, Expedition 63 crew members will spend the weekend in the Russian segment of the orbiting laboratory, inside the Zvezda service module. For the record, this is the same module that crews first stayed in when the ISS was under construction in the early 2000s.

The latter still includes part of the Station’s living equipment and normally accommodates two crew members. Note that the crew currently consists of three men: astronaut Christopher Cassidy and cosmonauts Anatoly Ivanishin and Ivan Vagner. However, the crew will have access to the Poisk mini-module, on which the Soyuz MS-16 is attached.

An air leak was also discovered two years ago in a Soyuz spacecraft attached to the ISS. Upon investigation, members of the Expedition 56 crew finally found a two millimeter wide hole in the hull of the vessel. NASA officials pointed out that this new leak was certainly smaller than the one encountered in 2018. 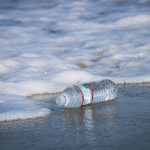 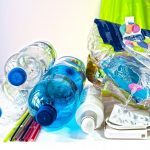