A new method for treating all types of herpes virus has been developed. It targets the physical properties of the virus genome rather than viral proteins to prevent genes from leaving the virus and infecting cells.

A new approach to treating all types of herpes has emerged, raising hopes for the development of an effective drug. Researchers at Lund University (Sweden) have found that targeting the physical properties of the virus genome, rather than the viral proteins that are the traditional method, prevents genes from leaving the virus to infect cells by entering the envelope protein of the virus. Their results were published on July 23 in the journal PLOS Pathogens.

A new approach targeting the physical properties of the virus

Herpes virus infections are a major challenge for which there is no cure. These infections last a lifetime and alternate between latency and reactivation. Recently, researchers have succeeded in explaining this mechanism of activation and deactivation, which depends on the degree of concentration of the virus in the chromatin structure resulting from the ability of cells to block viral DNA. If these do, the herpes is in the dormant phase, but if they don’t, the viral particles activate their genes and replicate to trigger a lytic infection and cause an outbreak. All current antiviral treatments lead to the rapid development of resistance in patients with weakened immune systems and where the need for herpes treatment is high.

The course of the infection is determined by molecular and physical properties, but only molecular properties have so far received the attention of researchers. “We have a new and unique approach to studying viruses based on their specific physical properties,” describes Alex Evilevitch, senior lecturer at Lund University and principal investigator of the study. Our discovery marks a breakthrough in the development of antiviral drugs because it does not target specific viral proteins that can mutate rapidly and cause the development of drug resistance. We hope that our research will help in the fight against viral infections that have so far been incurable. ”

4 times more pressure than in a bottle of champagne

The researchers aimed to reduce the internal pressure of the herpes virus which contributes to the infection of cells. Inside the virus is a protein envelope about the genome – where the pressure is high – because it is so tightly packed with genetic material. “The pressure is four times higher than in a bottle of champagne and this allows herpes viruses to infect a cell by ejecting its genes at high speed into the nucleus of the cell after the virus has entered the cell. , reports Alex Evilevich. This is then deceived and becomes a small virus factory that produces new viruses that can infect and kill other cells in the tissue, leading to different disease states. ”

The goal was to identify small molecules capable of penetrating the virus and deactivating the pressure in the virus genome without damaging the cell. The results showed that this treatment had a much better antiviral effect than standard treatments and even prevented viral infection. “The drugs available today to fight viral infections are highly specialized against viral proteins,” replaces the researcher. If the virus mutates, which happens regularly, they become ineffective. If you are successful in developing a treatment that attacks the physical properties of a virus, for example by lowering the pressure inside the envelope of the herpes virus, it should be possible to counteract many different types of. viral infections within the same family of viruses using the same drug 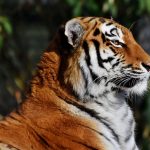 Previous post Number of tigers in the world has doubled 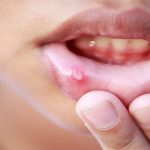