Injuries to the skin, the natural shield of human beings against viruses and bacteria, facilitate pathogens to penetrate the body and can therefore cause serious wound infections. Medicine is therefore constantly looking for new methods to cover wounds, kill bacteria, and to keep them germ-free. Among other things, a polymer foam with turmeric was developed, which also prevents scarring, as well as a wound adhesive, which also closes severe bleeding injuries even in internal organs in seconds.

Cellulose with coating of peptides

The new wound dressing uses cellulose as the basis, from which micrometers of thin fibers are produced, which are then woven into a multilayer tissue. In addition, these fibers are coated with special peptides, which are small protein building blocks. On the one hand, the peptides have structures that allow them to bind to the cellulose fibers, while the other side has antimicrobial properties.

Maniura explains that the “antimicrobial peptides affect the bacteria through several mechanisms, thus reducing the selection pressure for resistance.” Tests have shown that the cellulose tissue mixed with the bifunctional peptides retains its functional coating even under the special chemical conditions of a wound and is skin-friendly.

According to Maniura, “in bacterial cultures, more than 99.99 percent of germs were killed by the peptide-containing membranes, including dreaded resistant germs such as Staphylococcus aureus and Pseudomonas aeruginosa.”

In the future, the antimicrobial membrane will receive further functions. As Maniura explains, “the peptides could be functionalized, for example, with binding sites that allow a controlled release of further therapeutic agents.” 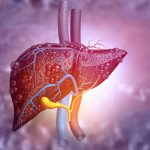 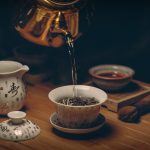 Next post Signs you are drinking too much tea
0 Shares