A recent Cochrane review shows that people who quit smoking for at least 6 weeks improve their mental well-being and reduce anxiety, stress and depression without affecting their social relationships.

Smoking is one of the main risk factors for disease and death, which could be avoided. One in two people who smoke will die of a smoking-related illness, unless, of course, they stop smoking.

Some people think that smoking helps them reduce stress and certain depressive symptoms, and therefore fear that quitting smoking will make their mental health problems worse. They are also worried about its possible negative impact on their social life and friendships. However, rather the reverse seems to be happening. Researchers have shown that nicotine addiction greatly increases the risk of anxiety disorders, and another study reports that smoking makes you depressed. In a new Cochrane review, researchers assessed the impact of quitting smoking on mental health, including depressive symptoms and anxiety.

For their review, the researchers analyzed data from 102 studies involving a total of 169,500 participants. Among other things, the studies assessed changes in mental health in people after quitting smoking by comparing them to the mental health of people who had not quit smoking. According to studies, people were followed between 6 weeks and 6 years.

The results indicate that people who quit smoking for at least 6 weeks have fewer symptoms of depression, anxiety and stress than people who continue to smoke. In addition, stopping smoking promotes positive affect and psychological well-being. Finally, stopping smoking has had no impact on the quality of social relationships of the people studied and it is even possible that it is associated with a slight improvement in social well-being.

Stopping smoking will always benefit your physical and mental health. Another good reason to stop is the health of your loved ones, especially that of your children. Passive smoking is also harmful: it increases the risk of infections in children and has an impact on their mental health, it could damage the hearing of teenagers and, according to the WHO, it could cause 600,000 deaths per year. After 5 years of abstinence, the risk of death from cardiovascular disease is also significantly reduced.

To help you quit smoking, you can try cardiac coherence through David O’Hare’s book “I Don’t Want to Smoke anymore”. You can also participate in regular physical activity that helps reduce symptoms of smoking cessation. Also know that while e-cigarettes can help to stop smoking, it is not without risk to health. 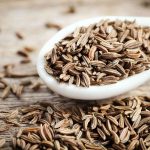 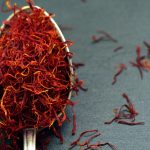