Scientists in the United States have developed a hydrogel that can protect the joint. It would avoid the need for prosthetics for people with osteoarthritis of the knee.

Science is sometimes capable of mimicking nature to perfection! Researchers in the United States have developed a hydrogel with characteristics like cartilage in the knee: it has the same strength and elasticity. The discovery, details of which are published in the journal Advanced Functional Materials, may help prevent prosthesis placement in patients with severe osteoarthritis.

A precious, but complex material

Cartilage is an essential part of the joints; it protects them by absorbing shocks. But over the years, it can wear out or even disappear. In people with osteoarthritis, it gradually degrades. Its consistency is special because it is both solid, which allows it to support the weight of the body, and at the same time flexible, to cushion shocks. Since the 1970s, scientists have sought to develop a hydrogel to replace cartilage, but the material was never strong or flexible enough, or wore out too quickly.

A combination of three structures

The team from Duke University in North Carolina managed to find the ideal product. Composed of polymers and water, the hydrogel can support a significant weight: a disc less than a centimeter thick subjected to a weight of 45 kilos does not deteriorate. It is made up of three structures, one in strand, the other in the shape of a basket and the last one is made of cellulose fibers. This combination provides a material that is flexible, rigid, and resistant, such as cartilage.

“We have developed the first hydrogel that has the same mechanical properties as cartilage,” said study co-author Ben Wiley. Other tests have proven the solidity of the product: scientists have notably subjected it to a million rubs against natural cartilage, it has not degraded.

It will take another three years before the first human clinical trials can be launched. The first tests showed that the material was not toxic to cells raised in the laboratory. But before going any further, the researchers must first develop an implant that they will test on sheep. 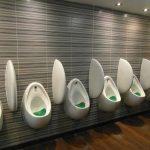 Previous post Your urine tells more about you than you think 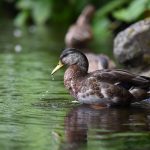