A second hornet nest has been found in the state of Washington according to local officials. In a Facebook post, the Washington State Department of Agriculture announced that their ground team discovered the nest in the northeast of the state.

“The second Asian giant hornet nest of 2021 has been eradicated. It had four combs. Our team did an incredible job today,” the post says.

This marks the second time this year and the third time in 2 years that an Asian Giant Hornet nest has been discovered in Whatcom County.

Just like its cousin, the Asian hornet (Vespa velutina), the giant hornet, also from Asia, is the nightmare of beekeepers, since it is a formidable bee killer.

It is difficult to miss the giant Asian hornet or to confuse it with the Asian hornet because of its imposing size: 2.5 to 4cm for a worker and 5cm or even more for a queen with more than 7cm of wingspan when it deploys its wings.

Its large head, orange and black, is topped with brown antennae bearing orange scales and a pair of dark, almost black eyes. Large dark-toothed mandibles characterize this giant hornet and serve as a boring and strangling tool. Finally, a stinger of more than half a centimeter allows it to sting its prey or enemies.

Its abdomen is streaked with alternating orange and black bands, with a dark brown thorax marked by a sharp midline. Its legs are brown and the forelegs have very dark tarsi.

The giant hornet lives in nests dug in the ground up to 50cm deep but the colony can also settle in a tree hole, a building, or a hive that the giant hornets would have attacked.

Their flight can be noisy due to the clicking of their mandibles at the same time as their wing beats.

Giant hornets breed in the fall at the entrance to the nest.

Giant hornets are formidable predators of bees (Apis mellifera) that they attack in large numbers, catching them in flight, killing them with their mandibles to bring them back to their nests to feed the larvae. The whole beehive can be killed in a few minutes.

To date, we do not know of any predator, apart from a Japanese species that suffocate it in heat by gathering densely around it while flapping its wings, but we are far from a fair balance of power on a large scale. 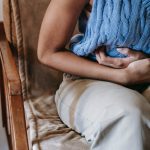 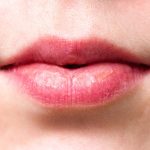 Next post What causes dry mouth (and tips to prevent and treat it)?
0 Shares