A new drug against obesity has shown remarkable results. Participants lost an average of 15% of their body weight in one year. A third even weighed 20% less when tested.

During an international research, which involved some 2000 people from 16 countries, advice on a balanced diet and physical exercise was given to all participants. Then, all received an injection, but not of the same product: semaglutide for one part, a placebo (inactive substance) for the other. After a little over a year, the second group had lost only 2.4% of their body weight, while in the first 86.4% had lost at least 5% and 70% at least 10%. More than half of the participants lost 15% and a third even lost at least 20%.

Semaglutide has long been used as a medicine for type 2 diabetes because it stimulates the production of insulin. The latter acts on the part of the brain that regulates appetite, which makes you feel less hungry and therefore eat less. In addition, it slows down the emptying of the stomach, which helps in weight loss.

In a situation of obesity, weight loss is not just a matter aesthetics: it also helps reduce the risk of cardiovascular disease, diabetes, liver disease and certain types of cancer, among others.

“It’s a real breakthrough. For the first time, with medication, we can achieve what was previously possible only with bariatric surgery,” said one of the coordinators of this study.

Prof. Bart Van der Schueren of the Obesity Clinic at UZ Leuven acknowledges that this can be a game-changer, but he wants to remain cautious. He explains, “One of the problems with treating obesity with medication is that people tend to gain weight when treatment is stopped, just like with diet. Obesity is a chronic disease that requires long-term treatment. In addition, such medication is expensive,” he concludes. 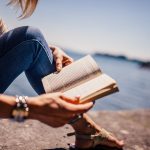 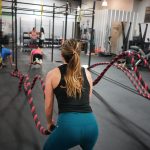 Next post The fitter you are, the more easily you burn fat
0 Shares