Researchers have successfully produced and maintained Bose-Einstein condensate – the fifth state of matter – on the SS, for more than a second. A real feat which, in the long run, could help unravel deep mysteries in physics.

About two years ago the Cold Atom Laboratory, a payload the size of an icebox, was installed on the International Space Station. Its mission: to slow down and cool atoms to a fraction above absolute zero (-273.15 degrees Celsius), the coldest temperature in the Universe. In doing so, and if conditions allow, the researchers will then obtain Bose-Einstein condensates (BEC).

Predicted by Albert Einstein and the Indian mathematician Satyendra Nath Bose almost a century ago, they form the “fifth state of matter”, the usual four states being solid, liquid, gas and plasma.

Bose-Einstein condensates are formed when atoms are cooled to a level close to absolute zero. To do this, the researchers use lasers to slow them down as much as possible (the colder the atoms get, the more energy they lose, and the slower they move).

Once slowed down, the particles are then held in place by a magnetic field. They then overlap, condense, and ultimately form only one and the same quantum state. A kind of “super atom”.

By releasing the magnetic trap, scientists can then observe the properties of this state of matter. But you must go fast.

The slightest interaction with the outside world is enough to heat the condensates. They can be created on Earth, but our planet has a serious drawback: its gravity. This, by interfering with the magnetic fields necessary to keep them in place, does not allow these clouds of atoms to be observed for more than a fraction of a second. After which everything collapses.

The microgravity environment that surrounds the ISS overcomes this problem, ultimately allowing better maintenance of this “fifth state of matter”. This Thursday, a NASA team unveiled the first results of an experiment in which atoms of rubidium – a soft metal like potassium – could be manipulated without restraint on Earth.

The researchers were successful, they say, in creating Bose-Einstein condensates held there for more than a second, giving the team an unprecedented chance to study their properties.

This work, published in the journal Nature, is just an “initial demonstration of the benefits of a microgravity environment for atomic cooling experiments”, write the researchers, but it opens the way for important new advances.

Ultimately, the more we can “master” this state of matter, the more we will be able to study quantum phenomena never seen before, and more. Applications range from general relativity experiments to the quest for dark energy, believed to be responsible for the accelerating expansion of the universe.

In future experiments, researchers will aim to maintain this state of matter even longer. In doing so, they will then give themselves the means to study it in more detail. Robert Thompson, a physicist at the California Institute of Technology in Pasadena, also told Space.com of their ambition to combine rubidium atoms with potassium atoms to understand what happens when two condensates mix 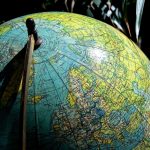 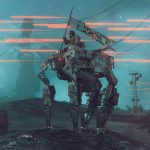