Negotiations between Microsoft and TikTok were at a standstill on Saturday, according to the Wall Street Journal (WSJ), because of President Donald Trump’s opposition to a takeover by an American group of the application he is threatening to ban.

The US operations of TikTok, which is owned by Chinese group ByteDance, is suspected by Washington of sharing its data with Beijing, which the company has always firmly denied.

An acquisition of the very popular social network, to repatriate it to the United States, seemed to many actors involved an ideal solution.

After weeks of rumors and pressure, the White House had also indicated on Friday that the president was preparing to sign an official order to force ByteDance to separate from the American app, in the name of national security. And several American media reported Friday that the computer giant Microsoft was in advanced negotiations to buy it.

But on Friday evening, on board Air Force One, Donald Trump announced on the one hand that he was “banning TikTok from the United States” and told reporters that he was not in favor of a takeover sale of the American activities of TikTok by a US company.

However TikTok executives remain optimistic. “We are here to stay,” Vanessa Pappas, head of TikTok’s US branch, said on Saturday in a cheerful video on the app, for concerned users. “We have heard your outpouring of support and we want to say thank you. We have no intention of leaving,” she insisted.

The entertainment platform – mostly short music videos – has nearly one billion users worldwide. Its popularity has grown further amid the months of pandemic and social distancing.

According to the WSJ, negotiations between Microsoft and TikTok could have been completed as early as Monday. The two companies are now expecting more clarity from the White House, in case the latter decides to block any transaction.

“Even though we don’t comment on the speculation, we are confident in TikTok’s long-term success,” the group responded. “I want to thank the millions of Americans who use TikTok every day, bringing creativity and joy to our daily lives,” Vanessa Pappas said at the opening of her video.

She also said she was “proud” of the 1,500 American employees and pledged to create “10,000 more jobs in the country over the next three years.” “We are here to stay. Keep making your voice heard here and let’s continue to support TikTok!”

In recent months, the social network has tried to demonstrate that its identity and practices are firmly anchored in the United States. On June 1, Kevin Mayer, the former head of Disney’s streaming platforms (Disney +, Hulu, and ESPN +), took over as head of the platform.

In early July, the app shut down in Hong Kong due to China’s recent national security law, which gives the police more powers, including surveillance. This decision is aligned with that of other major Californian social networks: Facebook, YouTube (Google) and Twitter had just announced that they would no longer respond to requests for information on their users from the Hong Kong authorities, out of respect for freedom expression.

Not enough to convince the US government.

CFIUS, the agency responsible for ensuring that foreign investments do not pose a risk to national security, was investigating TikTok. “We must be vigilant on the risk that private and sensitive data is transferred to abusive governments, including ours,” said Jennifer Granick of the powerful civil rights organization ACLU.

“But banning a platform, even if it was legally possible, harms freedom of expression online and does nothing to address the larger problem of unjustified government surveillance,” she added.

After Donald Trump’s campaign rally in Tulsa (Oklahoma) at the end of June, marked by rows of empty seats and the video of a visibly annoyed president, it was reported that some teenagers using TikTok had ordered many tickets with the firm intention of not going.

Could it be payback? 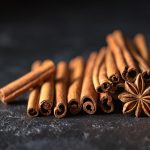 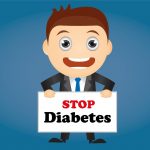