Dietary supplements such as vitamins and minerals do not reduce the risk of dying from a brain attack or heart disease. This was the result of an overview study with more than two million participants.

4 in 5 Americans take them, but few actually need them: in 2015, Americans spent 21 billion dollars in food and vitamin supplements. A meta-analysis of the use of these supplements against stroke and heart attack confirms that this money in fact is poorly invested.

A total of 3,249 studies from 1970 to 2016 have been conducted by US physicians led by cardiologist Dr. Joonseok Kim of the University of Alabama at Birmingham for meta-analysis. To clarify how taking dietary supplements affects the risk of stroke and heart disease, the researchers analyzed 18 high-quality studies involving more than two million people.

“The result is sobering in the fact that there is no benefit of such a measure for the general population,” says Professor Dr. Peter Berlit of the German Society of Neurology (DGN). If mortality for all cardiovascular diseases is summarized, the relative risk (RR) when taking dietary supplements is exactly 1.00. According to the meta-analysis, it made no difference whether the participants took an extra dose of vitamins, minerals or trace elements or not. The researchers came to the same conclusion – in the context of statistical variations – in the separate analysis of cardiac mortality, death from stroke and the frequency of strokes.

Only the risk of heart disease seemed to speak for dietary supplements. However, there is no connection here either: if one only uses the higher-quality, so-called randomized and controlled studies for the calculation, there is a relative risk of 0.97. “To this unsatisfactory result comes the alarming result of a systematic meta-analysis of 78 randomized studies from 2012 by the Cochrane Collaboration, according to which the dietary supplement with antioxidants not only does not help, but even increases mortality!” Berlit said.

In the current study, the researchers had made the greatest effort to identify subgroups that might benefit from food additives. However, the result was always negative, no matter how long the drugs were taken, how old the study participants were, whether man or woman, smoker or non-smoker, athletic or not.

“Multivitamin tablets generate billions of dollars in sales every year, but the meta-analysis clearly shows that these pills do not prevent strokes or reduce mortality from cardiovascular disease,” says Professor Dr. Armin Grau of the German Stroke Society (DSG) summing up the results: “Only manufacturers and sellers benefit from these pills. On the other hand, it has been clearly proven that lettuce, fruit and vegetables counteract vascular diseases. In lettuce, fruit and vegetables, vitamins are present in their natural environment.” Other effective measures that are way more economical are the renunciation to smoking and alcohol consumption, as well as regular physical activity. 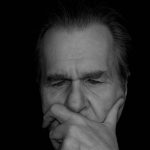 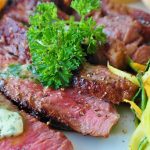 Next post Are plant proteins healthier than animal proteins?
0 Shares