Already worrying, the association between increasing population and decreasing arable land will become increasingly problematic in the future. However, the loss of arable land is mainly due to soil degradation due to a phenomenon of salinization. What if we managed to cultivate directly in seawater?

A huge challenge for the future

The equation is simple. Humanity will number around 10 billion people in 2050 according to the United Nations. While our lifestyles show certain excesses such as malnutrition, famines but also food waste, we will have to try to increase food production. Unfortunately, the area of cultivable land is gradually decreasing. As a study by the University of Sheffield (UK) in 2015 explained, this decrease in arable land is a global disaster. Indeed, the world has lost about a third of this land over the past four decades!

One of the main causes of the loss of cultivable land is soil degradation. However, among the causes of soil degradation we find a salinization phenomenon mainly affecting developing countries. The fact that the rise in sea level increases the salt level of the rivers irrigating the fields. Unfortunately, this phenomenon is aggravated by the lack of precipitation, which is essential for the natural “leaching” of the soil.

Growing plants in the sea

Faced with this problem, the issue of which is obviously crucial, several companies are working on solutions, as explained in an article by Wired published on June 17, 2020. The article mentions Agri sea, a British start-up whose objective is to allow a tolerance of cultures to salt. And, the means mentioned to achieve this is none other than the famous genome editing tool CRISPR-Cas9. This company isolates stem cells from plants such as rice and edits their genes by inserting a DNA sequence into them.

Research is continuing and proof of the concept’s viability must be provided. To this end, Agri sea filed a patent in February 2021 and unveiled a pilot project. By the end of this year, these modified rice plants will end up on floating farms off the coast of Kenya. However, in this country a third of the freshwater is impacted by salinization.

There is also the company Seawater Solutions. This has a very different approach from that of Agri sea. Indeed, it is a question here of cultivating plants naturally tolerant to salt. This company creates artificial salt marshes in Scotland by submerging degraded coastal farmland. She cultivates several plants there, including the samphire (Salicornia European), more commonly known as “sea bean”. 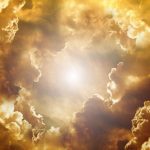 Previous post Why sun and hydroalcoholic gel do not mix 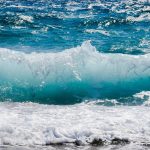