The world’s population of chimpanzees has suffered a “brutal” decline due to the growing disappearance of their habitat, a situation that is now much worse than 60 years ago, when British scientist Jane Goodall first stepped foot in Tanzania to study wild chimpanzees.

On Tuesday, World Chimpanzee Day, biologist Laia Dotras, deputy director of the Jane Goodall Institute in Spain (IJGE), summed up this situation with an eye-catching comparison of figures: “at the beginning of the last century there were between 1 and 2 million chimpanzees in freedom. The population is currently estimated at about 350,000”.

Not for nothing, chimpanzees are on the Union for Conservation of Nature’s Red List of Threatened Species.

Several conservation organizations, including the IJGE, launched the idea of dedicating July 14 to this species in commemoration of Goodall’s journey and with the aim of “celebrating the existence” of the “living relative closest to humans in the animal kingdom”, increasing awareness of the “numerous” threats to its survival and promoting” appropriate and enriched” care in situations of captivity.

Dotras said that when the now-famous primatologist, ethologist and anthropologist first arrived in the Tanzanian jungles of Gombe, “nothing was known about chimpanzees in freedom,” so her work “shook the scientific knowledge of the time.”

Her field research showed that these apes make and use tools for food, demonstrate emotions such as pain when one of their own dies and “their darker side: they have wars between themselves.” All this “completely changed our view of chimpanzees and of ourselves”, since “by confirming that other animals have behaviors typical of our species, it shows us that we are not on the top of the ladder of the animal kingdom”, according to Dotras.

Despite this, six decades after Goodall began work in Tanzania, the situation for chimpanzees “is much worse”, with a “brutal” population decline due especially to the disappearance of their habitat as the forests and jungles where they live are felled “for wood, mining gold and coltan or installing monocultures”.

In addition, in many African countries they are hunted as a food resource and there is an “illegal market in which their meat is highly prized”, to which we must add the illegal trafficking of the young, which are exported to other countries to be used in circuses or sold as pets.

The biologist clarifies that there are four subspecies of chimpanzees and one of them, the one found in Senegal and Guinea in West Africa that is the one with which the IJGE works, “is critically threatened” to the point that by 2060 only 1% of the current population will remain if it continues to decline at the same rate.

However, there is room for hope because “we still have time to stop this sharp decline if we all work together” because, according to Goodall’s own message, “each of us can make a difference.”

Dotras recalls that “everything is interconnected” and although “we think that our actions have nothing to do with what happens elsewhere, what one does affects others, for better or worse” and hence “every little gesture we make resonates in some way”.

Measures that any citizen can take to protect the habitat of chimpanzees include not buying tropical wood, avoiding the consumption of palm oil, recycling or extending the useful life of electronic products or supporting sponsorship programs for these animals and improving the living conditions of human populations settled near the jungle areas where they reside. 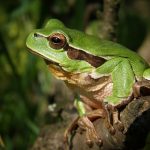 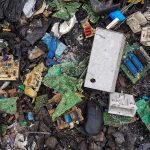