Algerian agricultural engineer, Taleb Brahim Khaled lives in the south-east of Algeria. For several years, he has been growing food and fodder in the desert. More generally, the objective of this initiative, supported by the UN, is to fight against malnutrition on a large scale.

Hydroponics at the heart of the project

Taleb Brahim Khaled obtained his engineering degree in agronomy from the University of Algiers (Algeria). For the past ten years, the man has lived in a refugee camp in south-eastern Algeria. As Oxfam-Solidarity explained in 2017, the engineer uses hydroponics to grow fruits and vegetables in the Sahara, but especially fodder for animals. Remember that hydroponics – also of interest to NASA – is a very old horticultural technique used to establish a soilless culture. However, the soil usually used in conventional agriculture gives way to other compounds such as rock wool and clay balls. In the case of Taleb Brahim Khaled’s process, it is naturally a question of sand.

Originally, the engineer modestly grew a few tomatoes and cauliflowers in a small hut at the back of his garden. Today, he is at the heart of a much larger project soberly called Cultivating in the Desert.

Improve the food security of populations

Indeed, the United Nations World Food Program (WFP) has decided to fund the research of the Algerian engineer. Three years ago, the man presented his project and its advances at the WFP Innovation Accelerator boot camp in Munich (Germany). In addition, the actors of the project have sealed a partnership with an Algerian company in order to install production units in containers. These units can produce up to 100 kg of green fodder per day, which is enough to feed about 20 goats. In addition, these units in containers accompany those manufactured directly on site, whose production capacity is 60 kg per day.

Through this initiative, the WFP wishes to increase household food security by giving them better access to goat meat (and milk). It is also about generating employment opportunities for the local population. In addition, the WFP is considering expanding this initiative to all the arid zones where populations are in great difficulty. However, it should be remembered that nearly 175,000 people live in the Sahara refugee camps. The rate of malnutrition reaches about 40% of the population and mainly affects children and newborns. 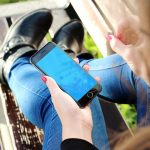 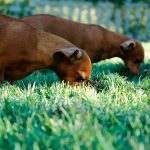