A manuscript by the great scientist Albert Einstein, in which he formulated his theory of general relativity, was auctioned off for a world record price of 11.6 million euros (plus fees) on Tuesday, November 23, in Paris, setting a new auction record.

Between two and three million euros were expected to be paid for the document auctioned on Tuesday. This autographed manuscript of 54 pages was composed between 1913 and 1914 in Zurich (Switzerland) by the scientist of German background and his colleague and confidant, Michele Besso, who was also his collaborator and confidant.

It was noted before the auction that Einstein’s scientific signature papers from this period, and more broadly from before 1919, were very rare. They started at 1.5 million euros and flew away in a matter of minutes, culminating in a bidding war over the phone between two bidders bidding in increments of 200,000 euros.

Following the development of his theory of special relativity, which enabled him to come up with the famous formula E = mc^2 in 1905, Einstein started working on a theory of general relativity. The publication of this theory of gravity in November 1915 forever changed the way we understand the universe we live in. Einstein, who died in 1955 at the age of 76, has become a symbol of scientific greatness as well as a pop-culture figure, thanks to the iconic 1951 photograph in which he pushes his tongue out. 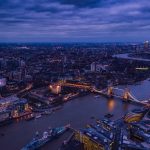 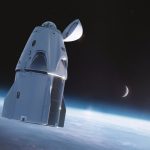