Two very rare strains of tuberculosis, from a more ancestral line than any known, have been found in East Africa. This find strengthens the hypothesis of an African origin of the bacillus and provides clues to the evolution of the virulence of the bacterium.

Tuberculosis is the world’s deadliest infectious disease, with 10 million new cases and 1.5 million deaths in 2018, according to the World Health Organization. However, current data indicate that the bacterium in question, the bacillus Mycobacterium tuberculosis, is derived from an ancestor which was not as virulent and which resembled cousin bacteria, Mycobacterium Canetti, confined geographically to the Horn of Africa and probably having an environmental reservoir. Jean Claude Semuto Ngabonziza, from the Biomedical Center of Rwanda, and his colleagues have just identified in East Africa two exceptional strains of tuberculosis, belonging to a line evolutionarily situated between M. Canetti and the other lines of M. Tuberculosis, responsible human or animal tuberculosis.

Researchers had shown a few years ago that the bacillus of tuberculosis had gained virulence after its separation from M. Canetti, in particular via the mutation of a region of the genome involved in the synthesis of a molecule (a lipo-oligosaccharide) which attaches to the surface of the bacterium. The loss of this function was accompanied by a significant modification of its envelope, made rougher. “The whole question is to better understand these ancestral phases of evolution, from an environmental bacterium capable of surviving outside a host, possibly in an aquatic environment, like M. Canetti, towards a very specialized and specific pathogen of humans and mammals, such as M. Tuberculosis ”, explains Philip Supply, director of research at the Pasteur Institute in Lille (France), who conducted this research.

Using a new molecular diagnostic test, the researchers discovered a still unknown strain of tuberculosis in a Rwandan patient. In addition, they identified in a public database the genome of a related strain, previously misclassified as M. Bovis (responsible for bovine tuberculosis), isolated from a patient in Uganda, a country neighboring Rwanda. “Phylogenetic analysis using high-throughput sequencing data have shown us that these two strains belong to a new branch, the oldest of the M. Tuberculosis complex described to date, which temporally moves the anchor point of the ‘ancestor of all strains of tuberculosis’, decrypts Philip Supply.

A more detailed analysis of the genome of these two strains again highlights a dominant mechanism in the evolution of M. Tuberculosis, known as “reductive evolution”. According to this process, the genome of bacteria gradually shrinks unnecessary genes and functions, which is associated with gradual specialization. Here, two genomic regions, present in the two strains but absent in all or parts of the other lines of the M. Tuberculosis complex, seem particularly interesting: cobF and Tbd1. Indeed, in another study, Roland Brosch, of the Pasteur Institute, in Paris, and his colleagues observed that the loss of the TbD1 region, involved in the transmembrane transport of lipids, was accompanied by an increased virulence in strains of more recent M. Tuberculosis lines. “Similarly, cobF is involved in the synthesis of vitamin B12, a very demanding process for metabolism. The loss of this synthetic pathway made the bacteria more dependent on its host for the acquisition of this vitamin, which corresponds to a more advanced parasitic stage, but would have increased the energy efficiency of the bacillus,” estimates Philip Supply.

If this hypothesis remains to be confirmed, researchers bring it closer to the extreme rarity of this unprecedented branch, with only two strains identified to date in global databases. According to them, this very ancestral branch would have undergone selective elimination over time, being less suited to its host than more recent branches. However, the detection of certain mutations in antibiotic resistance common to these two strains suggests exposure to anti-tuberculosis treatments and low noise circulation for at least the last decades.

In the future, with a more complete reconstruction of the evolutionary stages between M. Canetti and M. Tuberculosis, like this work, the researchers hope pinpoint new physiological and metabolic processes critical for virulence, which will be potential targets for new treatments or vaccines against tuberculosis. 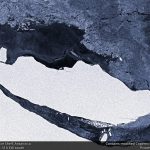 Previous post What happens to the huge iceberg that broke away from Antarctica 3 years ago? 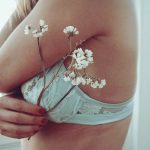 Next post Breast cancer: how tumors spread in the lymph nodes
0 Shares