In flower nectar, fermentation can result in alcohol, which could make the flowers more attractive for bees – in laboratory experiments, the animals show withdrawal symptoms when deprived of alcohol after prolonged consumption.

In addition to various sugars, flower nectar could also contain psychoactive substances that are attractive to bees. These include caffeine and other alkaloids, but also alcohol, which yeasts produce through fermentation. Polish biologists have now investigated how honey bees react to the consumption of alcohol-containing sugar solutions.

They found that withdrawal symptoms develop in the animals if they had to do without the addition of alcohol after prolonged consumption. It is possible that the alcohol in the nectar causes the pollinators to come back more often and thus benefit the plant. Bees could serve as model organisms for investigating the causes and treatment of alcohol dependence, the researchers explain in the journal Biology Letters.

“Honey bees exhibit behaviors under the influence of alcohol that are comparable to those of alcoholized mammals and humans,” write Krzysztof Miler of the Polish Academy of Sciences in Krakow and his colleagues. For example, alcohol can influence the social relationships between the workers as well as impair food collection and learning ability. When searching for food, bees occasionally find flowers with nectar, which contains about one percent alcohol. According to observations, such nectar sources are not avoided, but repeatedly visited.

In feeding experiments, the researchers offered the bees sugar water with alcohol concentrations between 0.3 and 25 percent. Even with a high alcohol content, the animals reacted positively by extending their proboscis afterwards. The bees were divided into four groups of 200 animals each. For three weeks, the biologists fed two groups with pure sugar solution, for the others the food was mixed with one percent ethanol. One of the alcohol groups then had to give up alcohol for three days, an alcohol-free group switched to alcoholic food at the same time, the diet of the others remained unchanged.

Three days after switching to alcohol-free sugar solution, the animals accustomed to alcohol developed behavioral changes that suggested withdrawal symptoms. On the one hand, the craving for alcohol increased, measured by the reaction of the proboscis after contact with alcohol-containing solution. On the other hand, the animals intake significantly more from the alcohol offered than other bees, which had previously received alcohol uninterruptedly or only for three days or never before. In addition, the death rate of bees increased slightly under the withdrawal.

To verify whether the natural alcohol content of the nectar actually has an attractive effect that benefits the plant, further investigations must follow. 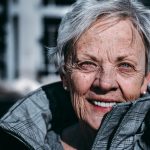 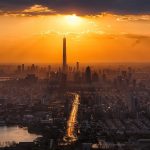 Next post Each city has its own microbial footprint
0 Shares