Do some animals actually have a kind of sixth sense allowing them to feel impeding quakes? A study now shows, based on movement profiles of cows, sheep and dogs, that these animals actually become remarkably restless hours before a landslide. Animal sensitivity may even be suitable for developing early warning systems, say the scientists.

Everything rocks, buildings break in, huge tsunamis rise up and flood the coastal regions. Being able to prepare for earthquakes would save lives and limit damage – but unfortunately, geologists still cannot reliably predict earthquakes. But there are “experts” who can already do that. Eyewitnesses have repeatedly reported animals that had become conspicuously restless or had left their sleeping and nesting places immediately before strong earthquakes. Scientifically, however, this is usually difficult to prove, because often the definition of conspicuous behavior is questionable and other factors could explain the observations.

In order to systematically record animal activity patterns before quakes, the scientists led by Martin Wikelski of the Max Planck Institute for Behavioural Biology in Radolfzell (Germany) have now systematically investigated animal behavior on a farm in a region in northern Italy that is strongly affected by earthquakes. Six cows, five sheep and two dogs, which are said to have behaved conspicuously before earthquakes, were equipped with accelerometers on the collar. The researchers used these devices to record the movement activity of the animals over several months.

During this time, the authorities reported numerous earthquakes in the region. In addition to many small ones, there were also twelve quakes with a magnitude of four or higher on the Richter scale, which triggered significant ground movements at the farm. These included strong quakes with epicentres up to 28 kilometres away and weaker ones, but they occurred very close to the farm and were therefore clearly noticeable.

The evaluations of the data showed that up to 20 hours before a quake, there were conspicuous behavior patterns in the animals. “The closer the epicenter of the impending shock was, the sooner they changed their behavior. This is exactly what you would expect when physical changes occur more at the epicenter of the impending earthquake and become weaker with increasing distance,” Explains Wikelski. However, this effect was only evident when the researchers looked at all the animals together. “In the collective, therefore, the animals seem to show skills that are not so easy to recognize on an individual level,” Wikelski said.

However, the researchers can still only speculate on the biological basis of the ability to predict impending earthquakes. It seems conceivable that the animals with their fur can perceive the ionization of the air, which can occur at high rock pressure before earthquakes. Animals may also smell gases that are increasingly released from quartz crystals before a quake, the scientists say.

The researchers have even been able to show concretely that monitoring animal behaviour could also be suitable for predicting earthquakes. Since December 2019, a chip on the collar of the farm’s animals sends information to a central computer every three minutes. If it detects a significantly increased activity of the animals for at least 45 minutes, an alarm is triggered. This has already happened once, the researchers report. “And in fact, three hours later, a small quake shook the region, whose epicenter was just below the animal’s stable,” Wikelski said.

To turn the process into a systematic earthquake early warning system, the researchers now want to observe more animals over long periods of time in different earthquake zones around the world. Even from space, they want to capture movements of animals equipped with transmitters. To this end, the global observation system Icarus will be used on the International Space Station (ISS). 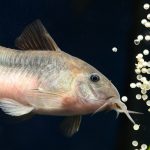 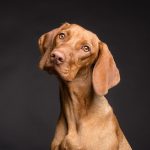