The European Organization for Nuclear Research (CERN) is the world’s largest center for particle physics. For some time now, there has been talk of the future construction of a new particle accelerator. However, this one is planned to measure 62 miles in length! However, patience will be required since its construction should begin in more than fifteen years.

First, let’s remember that CERN currently uses the Large Hadron Collider. Commissioned in 2008, the latter is located between northwest of Geneva (Switzerland) and the country of Gex (France). However, this installation had in 2012 confirmed the existence of the Higgs boson. If the 27 km length of the Large Hadron Collider already impresses, the future CERN project is almost four times more imposing. Already mentioned in 2019, the Future Circular Collider (FCC) should be around 100 km long!

As Cnet explains in an article dated June 21, 2020, this project for a new particle accelerator is progressing little by little. The researchers’ goal is to work more on the Higgs boson and thus challenge the current limits of physics by further exploring the privacy of elementary particles and the quantum “void”. The fact is that physicists want to build the FCC because the Large Hadron Collider appears limited in the context of this research.

“If the detection of the Higgs resounded as a major intellectual triumph, enabled by unprecedented technological prowess, physicists were left wanting for” new physics “. No new particles on the horizon of collisions, likely to explain the missing mass of the Universe or to set the course for a unified understanding of gravitation and the other forces that structure matter ” wrote Le Monde in 2019 .

More energy and better machines for particle collision, this is what physicists promise. In addition to the work on the Higgs boson, the Future Circular Collider should also be used to discover other particles. However, we will have to be patient because its construction will not start before 2038. Let us also mention the huge budget of this project, namely 23 billion dollars that the countries of the European Union will have to assume.

In 2019, the Large Hadron Collider enabled the latest breakthrough on the Higgs boson. The researchers announced that they had made the most precise measurement of its mass, namely 125.35 Gigaelectronvolts (GeV). 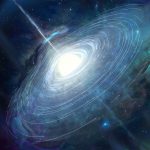 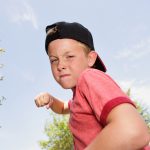