In the Martian car park, a few more number-plates will soon be on display: so far, the United States, the Soviet Union, Western Europe (as joint ESA missions) and India have all managed to put their name on the list. They have either landed on the Red Planet or swung into orbit around it. A Japanese probe narrowly missed it in 1998, and a British probe crashed onto the red planet in 2003.

But now the ambitious new space power is following: China. Beijing’s first attempt failed in 2011 when the Yinghuo-1 orbiter was scheduled to launch to Mars with the Russian Fobos-Grunt spacecraft. However, it was unable to leave Earth’s orbit and, a few months later, glowed in the atmosphere with her Chinese fellow passenger.

China is making its second attempt on its own. Between July 20 and 25, the Tianwen-1 probe will be sent from the southern Chinese island of Hainan into space, the Wenchang Space Center announced. The flight of the probe with a small remote-controlled robot is scheduled for about seven months.

Since the length of the distance between Earth and Mars is constantly varied and is currently favorable, other probes are in starting position – so it is not entirely surprising when a kind of race to Mars is looming. Another newcomer in the game is the United Arab Emirates, Abu Dhabi wants to send the orbiter Hope on the journey.

And, of course, NASA is not staying inactive either – but is currently struggling with scheduling problems. The launch of the new Mars rover Perseverance was originally scheduled for July 17, but was postponed to the 22nd last week. But this deadline hasn’t held either: NASA has since announced that Perseverance will not launch until July 30 at the earliest.

The Russian-European mission ExoMars has opted out of the current race. Originally planned for summer 2020, the mission was postponed for 2022. This is due to technical difficulties and the obstruction of preparations by the Corona pandemic. 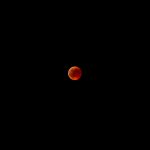 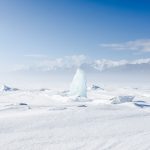