Fifty planets have been confirmed by a new machine learning algorithm. Developed by researchers at the University of Warwick, this method could in the future maximize the number of discoveries.

To “hunt” for exoplanets, telescopes rely on the transit method, which consists of detecting small and regular drops in stellar luminosity. The latter can indeed testify to repeated passages of planets between the observer (the telescope) and the host star. However, this is not always the case. Indeed, these fluctuations can also be caused by the presence of a second star as part of a binary system. It can also just be the result of interference with an object in the background.

Once these elements are in hand, programs then make it possible to classify potential candidates that researchers must then analyze to confirm their presence or not. The problem is, telescopes these days amass an insane amount of data, so it takes a long time to break it down. However, that may soon change.

AI at the service of astronomers

Researchers in Warwick’s physics and computer science departments have developed an algorithm based on machine learning, a form of artificial intelligence, to analyze a sample of potential planets. The goal is to disentangle the real worlds from the “false positives”.

To do this, the researchers trained their algorithm using two large samples of confirmed planets and false positives from the now retired Kepler mission. They then used the algorithm on a data set collected by the telescope that had not yet been thoroughly investigated. Thanks to this method, they report having isolated about fifty confirmed planets.

These planets are very varied. Some are as big as Neptune, while others are as small as Earth. Some circle their star in 200 days, while others, hot Jupiters, circle it in one day. Now confirmed, all these planets will be able to be tracked by dedicated telescopes.

The researchers also aim to apply the same technique to other samples, such as those collected by the TESS mission, Kepler’s successor. As a reminder, the satellite has just completed its main two-year mission and is now starting an extended mission for two more years.

“A survey like TESS should deliver tens of thousands of candidates over the next few years. And it would be ideal if we could analyze them all in a coherent way, ”says astronomer David Armstrong, lead author of the study. “Fast, automated systems like this can lead us to validate these planets faster and more efficiently.” 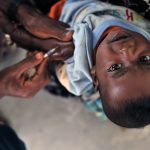 Previous post Polio is officially eradicated from the African continent, according to WHO 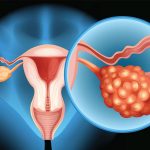