The presence of a pet in a child’s bedroom is not detrimental to the quality of their sleep. On the contrary, according to a Canadian study.

Scientists at Concordia University in Canada found that 30 to 50% of families with pets regularly take the animal into bed. Both adults and children and the researchers were specifically interested in the influence on the sleep quality of the 11 to 17-year-olds. The team divided that age group into three groups: those who never slept with their pet (65%), those who occasionally allow their cat or dog in bed (17%), and those who do it regularly (18%).

For one night, the participants were subjected to polysomnography at home, a study in which the main parameters of sleep are recorded, in addition, they wore a special measuring device on their wrist for two weeks to analyze the sleep-wake rhythm, and finally, they and their parents completed a questionnaire every day to evaluate the subjective quality of sleep: duration of sleep, how much they woke up at night, daytime fatigue and so on.

The authors, therefore, believe that sharing a room with a pet is not harmful to a child’s sleep and that it may even be beneficial for sleep due to the soothing effect of the presence of the companion animal. However, that does not mean that this behavior should necessarily be encouraged: the character of the animal (calm or restless), as well as the degree of attachment, among other elements, should be taken into account. 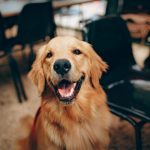 Previous post Why is chocolate dangerous for your dog? 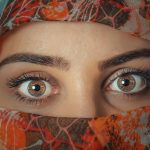