More than 250 dogs have been killed in India by a pack of enraged monkeys in revenge for the killing of a baby monkey by a pack of dogs. The pups are purportedly taken from the street by the monkeys, who then kill them by throwing them down from the tops of buildings and trees.

There is a genocide happening in India as we speak. But not the kind you might be thinking of. Indeed, a pack of wild monkeys in two Indian villages have been snatching up dogs from the streets before throwing them to their death from the top of buildings and trees. This rare case of animal genocide is reportedly due to the killing of a baby monkey by a gang of dogs.

According to local accounts, the gang of dogs attacked and killed one of the monkeys’ infants. During the unusual rampage, humans in the Indian villages of Majalgaon and Lavul are also assaulted by the monkeys.

Local media reported that “not a single” young puppy has been spared, and that even students have been targeted. Indeed, an eight-year-old girl was pulled by a bunch of monkeys before being rescued, according to reports.

The monkeys capture the dogs as soon as they notice them and take them to a high altitude before dropping them to their death. In one particularly terrible video, a monkey is seen carrying a puppy to the edge of a roof, where it threw it down to its death.

A separate video also shows dogs chasing away the monkeys through a community, while people and children flee for their lives to avoid being attacked. The police have been deployed to reign into the situation but were unable to apprehend any of the monkeys.

This type of attack by monkeys on other species is quite unusual but may happen depending on the species.

In 2009, a woman by the name of Charla Nash was viciously assaulted by a chimpanzee that belonged to a friend of hers. Charla’s face and hands were torn from her body in an assault that many people still find difficult to fathom

In addition, a 13-year-old girl died after being pursued off the roof of her own house by a band of monkeys in 2020, according to reports. The youngster was slain in Muzaffarnagar, Uttar Pradesh, as she was picking up her garments to hang them to dry.

Meanwhile, a newborn was mauled by a monkey in Malaysia earlier this year, prompting an investigation into the incident.

The youngster, who was two months old at the time, sustained stomach injuries when the primate seemed to have unlocked a closed door.

In India, monkeys allegedly escaped with COVID-19 samples after assaulting a lab worker. 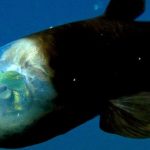 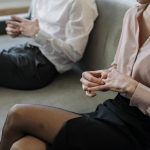