A team of SETI researchers will collaborate with NASA. The goal: to characterize the traces of advanced technologies – or techno signatures – visible on other planets.

Since the discovery of the first exoplanet in 1995, we have identified more than 4,000 worlds evolving beyond our system. A real revolution enabled, among other things, by the Kepler telescope, now retired. Since then, NASA’s TESS satellite has taken over with several discoveries to its credit. In the future, other new generation instruments, such as the James Webb Telescope or the Grace Roman Telescope (formerly WFIRST), also promise us many other discoveries. Thus, today more than ever, the question of extraterrestrial life animates many researchers.

In this quest, numerous studies have focused their research on the identification of bio-signatures in the atmospheres of extrasolar worlds. These include methane or oxygen. Signs that could testify to the presence of micro-organisms or plants on the surface. But not always.

Another area of research consists in probing this time not bio-signatures, but traces testifying to the presence of advanced technologies. We then speak of techno signatures.

After all, the most obvious signs of life here on Earth are far from natural. Indeed, we release astronomical quantities of chemicals into the atmosphere, and our cities, seen from space, seem to sparkle in the night as light pollution is omnipresent. Without forgetting the thousands of satellites that surround our planet.

If we assume that the Earth is the only planet known to harbor life, and that the only advanced civilization – ours – can be identified from space by its fingerprints – or “techno signatures” – we could then suppose that the same thing can happen elsewhere in the Universe, without doing too much anthropocentrism. In this spirit, researchers from the Center for Astrophysics at Harvard and the University of Rochester (United States) working for SETI (Search for Extraterrestrial Intelligence) will collaborate with NASA.

The American agency has just awarded them a subsidy aimed at characterizing “non-radio techno signatures”. More specifically, it will be a question of defining how certain external technologies could be perceived from Earth.

The study will focus on finding two signatures: those of solar panels and air pollutants.

Solar panels, say the researchers, are indeed an excellent way to harness the energy of a star. We have developed this technology on Earth, so why not elsewhere?

“The closest star to Earth, Proxima Centauri, is home to a habitable planet, Proxima b. We think that the planet is permanently locked with permanent sides day and night, “explains Avi Loeb, of the SETI group. “If a civilization wants to light or heat the night side, it could then place photovoltaic cells on the dayside to transfer the electrical energy acquired on the night side.”

Their job, very crudely, will then be to say, “This wavelength band is what you would see if the sunlight was reflected from the solar panels.” In this way, astronomers observing an exoplanet to probe for the presence of techno signatures will know where and what to look for.

As for pollutants, the team will focus on artificial gases that do not occur in nature. Let us cite on Earth the example of chlorofluorocarbons (CFCs), which we used to use as refrigerants.

“I hope that with this grant we will quantify new ways to probe for signs of foreign technological civilizations that are similar or much more advanced than ours,” said Avi Loeb. 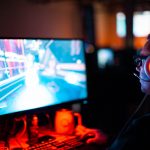