A recent study conducted in almost a dozen countries indicates the discovery of a novel variation of HIV in more than a hundred patients, indicating that the virus has evolved. This variant, on the other hand, is more virulent and more transmissible than the others, allowing the disease to manifest itself much earlier than the others.

The human immunodeficiency virus (HIV) is a retrovirus that is responsible for the development of acquired immunodeficiency syndrome in humans. Johnson & Johnson’s investigational HIV vaccine, which was being tested in Phase 2 clinical trial in Africa in September 2021, failed. Moderna had announced the start of phase I of a clinical trial for a messenger RNA vaccine just a few months before that.

However, on February 3, 2022, the journal Science published an article in which this virus was discussed once more. Researchers at the University of Oxford in the United Kingdom claim to have discovered a novel HIV variant.

Over 7,000 HIV-positive samples were collected from nine different nations for the study, which was published recently. It was discovered that the new variant arose in 109 patients, according to the findings. In addition, the researchers point out that the variety in question, known as VB, is more communicable and more dangerous than the others. The antiretroviral treatment that is now in place, on the other hand, would continue to be effective.

Infected individuals have a viral load that is between 3.5 and 5.5 times higher than that of the general population

It should be highlighted that the VB variant of HIV exhibits characteristics that are distinct from those of other HIV strains. Infected individuals have a viral load that is between 3.5 and 5.5 times higher than that of the general population, and their T4 cells are depleting at a rapid rate. As a result, the risk of developing AIDS is higher, and in the event of commencement, the disease manifests itself sooner, namely after around nine months as opposed to the customary two to three years.

The genetic material of the variant was investigated by the researchers. Because of this, there are several mutations in the latter. According to estimations, this identical variety first appeared in the Netherlands during the 1980s-1990s before spreading swiftly throughout Europe throughout the 2000s period. Nonetheless, the widespread availability of antiretroviral therapy during the following decade reduced the disease’s course.

Chris Wymant, the study’s primary author, points out that the discovery of novel HIV variations is not in and of itself a noteworthy achievement in the scientific community. Finding one with such characteristics, on the other hand, is unusual, especially when it comes to a higher level of virulence. In order to learn more about the VB variety, additional research will need to be undertaken in the future, particularly in regards to its virulence and transmissibility. 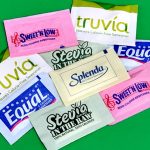 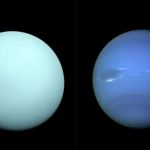