Men and women are already different in many years on the outside. But whether the gender difference also manifests itself in the brain has been a matter of debate. Now, one of the most comprehensive comparative studies to date shows that there are indeed neuroanatomical differences between the two sexes.

According to this study, women have more gray brain substance in the forehead brain and the skull, among other things, while men have more volume in some posterior and lateral areas of the cortex, including the primary visual center. In addition, the researchers found evidence that these differences are closely related to the activity of sex chromosomes.

Typical man, typical woman? Regardless of gender stereotypes or role assignments, there are not only external differences between the sexes. Men and women are not always the same in many aspects of behaviour, psychology and health. For example, autism or Parkinson’s are more common in the male sex, but women are more likely to suffer from depression. In childhood, the maturation processes of the brain in boys and girls proceed at different speeds and there also seem to be differences in perception.

However, whether such gender differences in cognition and behavior also have clear morphological characteristics is highly disputed. For example, some studies found local variations in the thickness of the gray matter in women and men. Others, however, concluded that the overlaps are so large that one cannot speak clearly of a female or male brain.

Grey brain matter is not the same everywhere

“But a better understanding of whether and what gender differences exist in the human brain is very important for how we evaluate the established differences in cognition, behavior, and psychiatry,” said senior author Armin Raznahan of the National Institute of Mental Health in Bethesda. That’s why he and his team have looked into this question again. To do this, the researchers first evaluated the brain scans of 976 adult men and women whose brain morphology and activity had been studied as part of the Human Connectome Project (HCP).

Raznahan and his team specifically compared the volume of different areas of the gray brain substance in the cortex. Significant differences were shown that went beyond the overall size difference – men’s brains have an average volume of around ten percent more. The scientists also found these characteristics and gender differences in another data set of brain scans collected by the UK Biobank.

“We find that the adult brain has a stereotypical pattern of regional gender differences in the gray matter,” the researchers report. Specifically, the volume of gray matter is higher in women in parts of the prefrontal cortex, in the orbitofrontal cortex above it, and in parts of the apex and temple brain. In men, on the other hand, the cerebral cortex is thicker in the posterior part of the brain, including in the primary visual center. As a comparison with the functions of these brain areas showed, it is quite possible to identify overarching tendencies: “The regions in which the volume of gray matter in men is greater are usually involved in object recognition and the processing of faces,” say Raznahan and his colleagues. “The more pronounced cortical regions of women, on the other hand, are linked to the control of tasks, impulse control and the processing of conflicts.”

In the next step of their study, the scientists wanted to know whether these morphological differences can be attributed to gene expression in the affected brain areas. In mice, studies had previously shown that in the brain areas with pronounced sex differences, the sex chromosomes are also particularly actively read. Raznahan and his team used gene expression maps that recorded locally active genes for 1,317 brain tissue samples from six deceased donors.

The analysis showed that there was also a clear pattern: “The cortical regions with relatively high expression of sex chromosomes are in the areas that have a higher volume in men than in women,” the researchers report. By contrast, the regions where the gray brain matter was thicker in women showed lower activity of the X and Y chromosomes.

According to Raznahan and his colleagues, these findings suggest that there are deeper gender differences in the brain that are manifested in morphology and gene expression. They also see the consistency between the patterns of volume differences and gene activity as an indication that these differences between the female and male brains are probably congenital. “We do not believe that environmental factors are the main driver of these highly reproducible patterns in the volume of the gray brain substance,” the researchers note. To what extent and also how the differences now observed are linked to gender differences in behavior, cognition or mental health has yet to be researched. 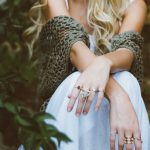 Previous post Menopause: the symptoms and ways to alleviate them 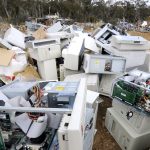