The Pentagon has announced the establishment of a new agency dedicated to the investigation of the existence of unidentified flying objects (UFOs) operating near sensitive military installations. This decision comes after the publishing of an official document by the United States Department of Defense just a few months ago.

Assistant Secretary of Defense Kathleen Hicks recommended the establishment of a new investigative body inside the Office of Intelligence and Security at the United States Department of Defense in a memo published on Tuesday.

Following the publishing of a US intelligence assessment last June, in which the Pentagon analyzed recent UFO sightings reported throughout the globe, the Pentagon has made its declaration.

According to the research, a substantial majority of the more than 120 cases that have been reported (mostly by the Navy) during the previous two decades are not of US origin.

In the same document, which was not very conclusive, the authorities also stated that they had not discovered any evidence that the aerial phenomena observed in recent years were extraterrestrial vessels, despite unusual levels of acceleration, the ability to change direction abruptly, and other disturbing capabilities.

According to the Pentagon, the following video of a UFO gently receding into the water off the coast of San Diego confirms this:

The paper also revealed probable experimental technology being explored by a competitor power, which was disclosed at the end. The test of a hypersonic missile with nuclear capability conducted by China this summer, which had caused great concern in the White House, is just another illustration of the country’s stunning success in this domain.

An investigative office, the Airborne Object Identification and Management Synchronization Group (AOIMSG), will be established to investigate events occurring in or near regions classified as “special use airspace” (SUA), which is exclusively restricted for military aircraft in the United States.

The DoD will provide implementation guidelines, which will include further information on this investigative office, as well as its organizational structure, powers, and resources. The guidelines will be released in the following weeks. 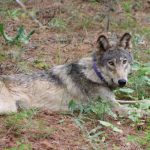 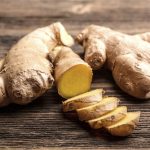