The speed of light has established itself as a fixed limit that can never be exceeded. But is there actually a similar limit for sound waves instead of light waves? Yes, say a group researchers, based on the results of recent experiments.

Since the first sound velocity measurements, supposedly by the famous Isaac Newton, physicists have been looking for the best possible sound conductor – and thus also for the fastest speed of sound. However, how fast sound moves depends above all on the environment in which it moves: pressure and density as well as temperature directly affect the speed of sound waves as the tones – i.e. progressive waves that shift energy in an elastic medium – spread. An approaching train is therefore much more likely to be heard in the metal of the tracks than over the air.

A group of researchers from Queen Mary University in London, the University of Cambridge and the Institute of High Pressure Physics in Troitsk, Russia, have now calculated the latest value of the fastest sound: 36 kilometers per second (22.4 miles per second), they write in the journal Science Advances.  This is almost twice as fast as the sound propagation in particularly hard diamonds, which are particularly suitable as a carrier medium of fast sound waves.

In their theoretical work, the researchers make it clear that the propagation rate of sound waves is mainly limited by two factors: the fine structure constant and the ratio of electrons to protons in the elements of the medium. Based on their hypothesis, the scientists calculated the speed of sound in different media. With these considerations, the physicists set out to predict different values of conceivable speed of sound in different media – even the lightest element, hydrogen. In it, the sound should be noticeably faster than in all other solids.

Solid metallic hydrogen, especially produced under extreme pressure of several hundred gigapascals, has fascinating and exotic material properties; So far, however, despite the enormous interest of many research groups, it is still primarily of a theoretical nature. As the British-Russian team suggests, in theory the speed of sound in metallic hydrogen should reach the limit: meaning it should reach the theoretically possible maximum of wave propagation – among other things, because in this material electrons minimally dampen atomic interactions. 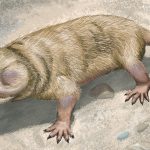 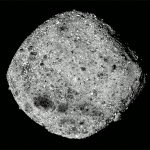