Despite their elongated, snake-like shape, Caecilians are not snakes. They are part of the amphibia class and therefore not reptiles. However, a new study conducted by Brazilian researchers and published on July 3, 2020 in the journal IScience reveals that in a particular species of Caecilians, the Siphonops annulatus, the glands located near the teeth could release venom as their distant cousins, snakes.

Caecilians are almost blind and produce mucus at the level of their head which helps them to sneak better into the ground. While studying the glands that produce this compound, Pedro Luiz Mailho-Fontana, co-author of the study, was surprised to discover glands never described before in Siphonops annulatus. Located in the upper and lower jaws, these glands are filled with fluid and open into channels that extend to the base of each tooth. And in this Caecilian, there is no shortage of teeth. There are two rows on the upper jaw and one on the lower jaw. Conical and pointed, they allow it to produce a powerful bite.

An embryonic analysis revealed that these newly discovered glands come from a tissue different from those with mucus. “These oral glands develop from dental tissue, and this is the same developmental origin that we find in the venom glands of reptiles,” said Dr. Mailho-Fontana in a statement. Do they also have the same utility, that is, can they immobilize prey? “Since Caecilians have neither arms nor legs, the mouth is the only tool they have for hunting,” explains co-author and biologist Marta Maria Antoniazzi. The idea that these amphibians are poisonous therefore does not seem preposterous.

A preliminary analysis of the liquid contained in these glands moreover gives results which corroborate this hypothesis. It made it possible to detect a strong activity of phospholipase A2, a protein common in toxins produced by certain animals in particular reptiles, wasps and bees. “We think that they activate their oral glands when they bite and that these specialized biomolecules are incorporated into their secretions”, continues Marta Maria Antoniazzi.

However, new biochemical analyzes will be necessary to ensure its toxicity. If the results are positive, these glands could correspond to a primitive form of those used by snakes. “Snakes appeared during the Cretaceous probably 100 million years ago, but caecilians are much older: they are around 250 million years old,” said Carlos Jared, also a co-author of the study. Caecilians could therefore be the oldest vertebrates living on earth with oral venom glands. 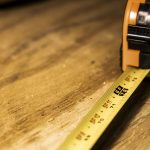 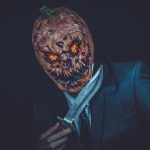