Not long ago, we were talking about the heat waves currently hitting eastern Siberia and several temperature records. The most symbolic is undoubtedly that of Verkhoyansk, which recorded a temperature of 38 ° C on June 17, 2020. Recall that the temperature measured in this city, which is located at a high latitude (66.5 ° N), represents an unprecedented event. By the way, let us mention the fact that this locality easily goes below -50 ° C in winter. Verkhoyansk even broke a record for negative temperature with -67.8 ° C at the end of the 19th century!

According to an article published by The Siberian Times on June 27, 2020, a blaze was spotted at latitude 72.723 ° N (latitude 118.12 ° E) by the Sentinel-2 satellite of the Copernicus program. The site of the fire is in the Anabarsky district, southwest of the Olenyok River estuary in the Laptev Sea. According to Copernicus, this fire is the most northerly in recent years in the Arctic Circle. Indeed, the fire in question is 12 km further north than another blaze spotted last year in the same way.

The Russian daily recalls that fires are common at this time of year in eastern Siberia. Indeed, the absence of clouds due to the presence of anticyclones warms the Arctic. On the other hand, the strong winds but especially the record temperatures make the situation very worrying. For the time being, the Yakoutie Aviation Forest Protection Agency has already declared 127 natural fires covering 822,724 hectares.

As the Siberian Times explains in a second article dated June 30, a major fire has been threatening Chersky (Republic of Sakha) for about ten days. At the forefront, Pleistocene Park, a major ecological experience recreating the prairie ecosystem of the northern subarctic steppe.

This type of ecosystem flourished in the region during the last ice age. In fact, researchers believe that this place could serve as a habitat for the woolly mammoth. In fact, the latter are working on genetic cloning from preserved remains in the region’s permafrost. 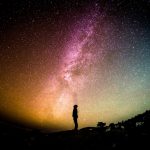