The International Space Station will soon be equipped with a new and improved toilet system. The goal: to anticipate the needs of astronauts during future long-term missions to the Moon or to Mars.

Going to the toilet on the International Space Station (ISS) is not as simple as on Earth. In the absence of gravity, astronauts must use a suitable device. Urine, on the other hand, is drawn in through a hose with a funnel at the end. It is then transferred to the Urine Processor Assembly to be recycled into drinking water.

Regarding solid waste, astronauts can use a small seat above the container, which is also equipped with a pump. Once it is filled (roughly every 10 days for a team of three astronauts), what it contains is then released into space with the other daily waste. Everything is then burned in the upper atmosphere.

The system works relatively well for the ISS. On the other hand, if we want to go to Mars, we will have to change our approach.

One of the main challenges for the future exploration of the red planet will be not to contaminate the site. And, if indeed there is life on Mars, to avoid any cross-contamination between living organisms.

The future visitors to Mars will not be able to take the approach of Apollo’s astronauts to the Moon, which is to leave bags of human waste on the lunar surface.

In addition to concerns about contamination, there is also the problem of the volume of waste generated. Jim Broyan, of NASA Center’s Johnson Space in Houston, estimates that as part of a classic mission to the Red Planet, about 270 kilograms of solid waste, made up of about 75% water, will be produced by astronauts.

The collection and storage of human waste, which weighs heavily and is filled with microbes, is a subject taken very seriously by NASA. Ultimately, the objectives will be to make metabolic waste “microbially inactive”, possibly to reuse available water, and to reduce the amount of waste produced.

A new system in the fall

For the past few months, the agency has been working on a new system. The Universal Waste Management System (UWMS) will essentially aim to bridge the gap between current technology and what humans will truly need to carry out their missions in deep space.

In other words, these new toilets will be improved compared to the current system. NASA retained all aspects perceived as “positive”, while making design changes, such as adjusting the shape of the seat and replacing the device that compresses the waste.

It will also be a question of interacting with the astronauts to improve it even further. It is mainly these returns that will ultimately allow engineers to think and build the system that will benefit future space explorers.

The launch of this new system is planned for this fall. However, no specific date has been communicated. We also do not know yet which ship will transport it to the ISS. The UWMS will then remain on board until the station is dismantled.

Note that a second, identical system will also equip the Orion capsule, which astronauts will use to fly around the Moon as part of the first Artemis crewed mission (scheduled for 2022). 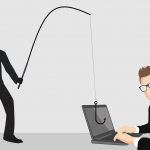 Previous post Which countries are most exposed to cyberattacks? 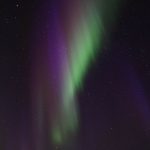