NASA has just compressed an (almost) complete cycle of solar activity into an hour-long video. Enough to have a global vision of our star. The Solar Dynamics Observatory (SDO), launched on February 11, 2010, positioned itself two months later in its geostationary orbit, more than 35,000 km from Earth. Since then, its instruments have been scanning and analyzing the Sun 24 hours a day. The mission, which has just celebrated its 10th anniversary, aims to teach us more about the magnetic field of our star.

As a reminder, the Sun evolves in cycles of 11.2 years, during which its activity varies between a maximum and a minimum. The three-ton-heavy satellite arrived at the start of Cycle 24, which ended in April 2020. During this period, researchers were able to collect more than 425 million high-resolution images of the Sun, amassing 20 million gigabytes of data. Most of these photos were taken in the ultraviolet (wavelength of 17.1 nanometers), allowing us to reveal the solar corona, the outermost atmospheric envelope of our star.

A team of astronomers recently compiled all the images taken by the satellite between June 2, 2010 and June 1, 2020 to create a time lapse reflecting solar activity during this period. Each second of the video here represents a day in the life of the Sun. If you look, you may notice the brief transit of the planet Venus on June 6, 2012. The music, entitled “Solar Observer”, was specially composed for this video. It is signed by musician Lars Leonhard.

You may have noticed an increase in the activity of the Sun as early as 2014 (maximum solar), betrayed by the presence of many spots on the surface and an increase in solar flares. These dramatic phenomena occur when magnetic fields accelerate particles to considerable energy levels. This period is also favorable for coronal mass ejections when particles are projected at very high speed into space from the solar corona. It is these ejections which, when they reach Earth, can cause disturbances in our communications systems.

Once this solar maximum has been wiped off, the magnetic poles of the Sun suddenly reverse. The solar magnetic activity then begins to decline. Therefore, from 2016, the surface of the Sun seems strangely calm to us. Note that the Observatory’s mission is still underway, promising us in the coming years to better understand space weather. As a reminder, NASA also has another probe, Solar Parker, focused on the Sun.

A few weeks ago, the spacecraft came to “tickle” our star, positioning itself 18 million kilometers from its surface. It will soon join Venus to gain speed, before returning to our star. In 2025, it is expected that the probe will approach less than 6 million km from the surface of the Sun, spinning at a crazy speed of 430.000 miles/ h. Never seen. 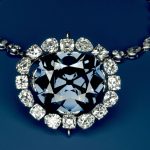 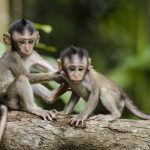