In Botswana, several hundred elephants lost their lives within a matter of weeks. According to recent tests carried out on the carcasses, a natural toxin could be the cause of their death. Further test results are still awaited.

In early May, several elephants belonging to the same group were found dead in the Okavango Delta, northern Botswana. From then on, the reports followed one another. To date, the government has recorded 281 casualties. For their part, environmentalists count more than 350.

The cause of these cascading deaths has since remained a mystery. Several avenues were nevertheless considered, including that of cyanide poisoning, often used by poachers in Zimbabwe. The hypothesis was nevertheless quickly dismissed for two reasons. On the one hand, according to some local reports, the vultures feeding on the carcasses do not seem to show any signs of abnormal behavior. And on the other hand, all the tusks were found intact.

Others have also proposed the emergence of a pathogen causing neurological failure. And for good reason, according to several local witnesses, some elephants have indeed been observed going around in circles.

“If you look at the carcasses, you also notice that many of them have fallen directly on their faces, which indicates a very rapid death,” said Dr Niall McCann, conservation director of the British organization National Park.

According to Michael Chase, the director of the NGO Elephants Without Borders (EWB), other elephants, still alive, also appear very weak and lethargic. He adds that “males and females of all ages” seem to be affected by this mysterious disease.

The best way to find out more was to analyze the remains. With this in mind, several carcasses were sent to several laboratories. These tests, carried out in South Africa, Canada, Zimbabwe and the United States, are still ongoing.

“It’s an elimination game where we start by testing the most common causes and then move on to the less common ones. We then need to verify and corroborate these results from different laboratory tests. We hope to provide a more concrete update soon,” says Cyril Taolo. “But based on some of the preliminary results we have received, we are looking at natural toxins as a potential cause.”

The researcher points out that some bacteria can naturally produce poison, especially in standing water. However, around 70% of the carcasses were found around water points. 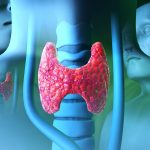