Two hikers who have gotten lost in the Peaks of Otter recreation area in Virginia were rescued safe and sound thanks to a search with a drone equipped with a heat-sensing camera.

An emergency response team in Bedford County used a thermal camera placed on a drone to locate two hikers who had become lost on Christmas Day in the Peaks of Otter recreation area.

The Peaks of Otter are a popular tourist destination in the Blue Ridge Mountains made of three mountain peaks that tower over the town of Bedford, Virginia. Hiking is the most popular leisure activity in the area.

According to the Bedford Fire Department, the two hikers started out for Sharp Top Mountain just before nightfall without the necessary hiking supplies including lights or first-aid kits.

After getting lost, they dialed 911 from a smartphone, which enabled dispatchers to get their GPS coordinates and locate them using a drone.

The rescuers utilized this information to focus their search, and they put up a command post on the bus trail that goes to the peak of Sharp Top to facilitate their efforts.

The hikers were promptly spotted by the drone’s camera, which picked up on the heat emanating from their bodies and tracked them down. Rescue personnel subsequently tracked the drone to a location near Buzzards Roost, where they were able to get the hikers to safety at 8:30 p.m. There were no reported injuries.

According to Bedford Fire Department Chief Brad Creasy, the department’s $10,000 thermal camera is used multiple times a month on average and is often called upon by adjacent authorities to assist them in locating missing persons. 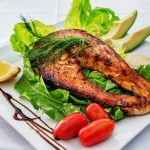 Previous post 12 Natural Foods that boost your concentration and memory 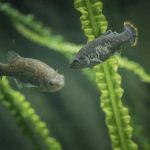