Every year, Christians all over the world celebrate the birth of Jesus in a stable in Bethlehem, an event which, to believers, cleared the path between the people and God, which was barred by sin.

For centuries, the story – described in detail in the Bible – has been passed down from generation to generation, and even non-Christians are often familiar with it, thanks in part to the festivities of Christmas.

Almost everyone on earth has heard of Jesus and no doubt a certain representation of what Jesus must have looked like. But to what extent is that image correct? In other words, what did Jesus actually look like?

While there seems to be little discussion among historians about whether Jesus existed as a historical person and no one questions the defining role the Jesus and His followers have played in history, there is hardly anything known about what Jesus looked like.

The Bible does not say what Jesus looked like

The Bible doesn’t really mention the appearance of Jesus. And even in literature from the first centuries AD, there is no mention of his appearance.

“It was only in the third and fourth centuries that a few descriptions emerged,” says professor Bert Jan Lietaert Peerbolte, Professor of New Testament at the Free University of Amsterdam.

The big question, of course, is whether these descriptions come close to reality. Lietaert Peerbolte doesn’t think so.

“At that time, physiognomy was booming. This is an old practice that stated that character traits can be read from the appearance of people. But of course you can also reverse that.” In that scenario, you deduce the appearance of people from the character traits. “And that’s what we see happening here,” says Lietaert Peerbolte, referring to the images that appear in the third and fourth centuries of Jesus.

So we are in the dark about what Jesus looked like. But that didn’t stop people from portraying Jesus in the first centuries AD.

At the same time, in those first centuries, we see that the way Jesus is depicted is subject to change. “In Greek and Roman Antiquity – i.e. until the fourth century AD – Jesus is often depicted without a beard and as a shepherd,” says Lietaert Peerbolte. “This goes back to the John gospel in which Jesus says of himself, “I am the good shepherd.”

Funnily enough, shepherds in the time of Jesus looked very different from the effigies of Jesus as a shepherd. Shepherds were at that time just about the roughest people you can imagine. It therefore seems unlikely that they would be clean-shaven as the images shepherd Jesus would have us believe.

The fact that Jesus is depicted as a beardless shepherd suggests that people prefer to portray Him as a young boy at that time. That changes after the fourth century. From that moment on, Jesus is usually depicted with a beard and auburn, shoulder-length hair.

With that in mind, the recent discovery of a wall drawing of Jesus is rather remarkable. The wall drawing is found in Israel, dates from the fifth or sixth century and shows how Jesus was baptized. Jesus is depicted with curly hair, but without a beard.

“It’s a pretty late depiction of Jesus without a beard.” The absence of the beard again suggests that he was depicted as a boy. Lietaert Peerbolte calls that striking.

The four canonical gospels tell us that Jesus begins his public appearances as a grown man – shortly after his baptism. “So it is striking that he was depicted here as a boy. Apparently that was the baptism practice in the fifth and sixth centuries.” In other words, people were used to baptism of children at the time, and so Jesus was also depicted as a boy at the time of his baptism. “So it says more about the context of that time than it does about Jesus’ appearance.”

That context in which people lived has always been decisive in the way Jesus was portrayed. “For example, you can see that Jesus is depicted as a Westerner in the west, whereas in Africa he is African. So context influences the way people look at Jesus.”

People are also sometimes inspired by other religions when portraying Jesus. “In Byzantine art, you often see Jesus depicted as he sits on a throne in heaven. That iconography goes back – almost one to one – to Zeus.” And the Greeks also had a hand in making Jesus fit a little more into their culture. “He has also been portrayed as a philosopher.”

Nevertheless, there has gradually emerged a kind of consensus on what Jesus must have looked like. According to Lietaert Peerbolte, this can be partly traced back to texts from the seventh and eighth centuries that describe the appearance of Jesus and which were long thought to be much older. “The content of those texts led to a kind of standardization of the way Jesus was depicted.”

What does science have to say

So no one knows exactly what Jesus looked like. And so people are guided by their own imagination. But is that the best possible answer? Does science have nothing to say in this area? Well, maybe it is. In 2001, researchers made a reconstruction of the appearance of Jesus for the television programme Son of God (BBC). They were guided by what people looked like in the time of Jesus. “For example, they studied skeletons of Galilean men who lived around the beginning of the era.”

The researchers also included the Bible and then specifically a text from Corinthians in which Paul – a follower of Jesus – calls it a disgrace for men to have long hair. From that text, the researchers concluded that it is unlikely that Jesus had long hair. The research rolls out a reconstruction that in many ways does not match the images of Jesus that we are used to here in the west.

For example, the face of the reconstructed Jesus is not long and narrow, but rather a bit wide. And his hair is short and his skin light brown in color.

Therefore, the Western representations of Jesus are almost certainly not true as talked about by Joanne Taylor in her book with the telling title ‘What Did Jesus Look Like?’.

In her book, she cites genetic research that shows that there is one group of people on earth that is genetically close to Galilean people. “And those are Iraqi Jews.” Taylor concludes – partly on the basis of genetic research – that Jesus must have been between 1.60 and 1.70 meters tall and – like the Iraqi Jews – must have had a light brown skin color, dark brown eyes and (short) black hair. Also, because he worked as a carpenter, Jesus would have been quite muscular.

That’s a pretty succinct description. But we can’t get much further. Is this what Jesus really looked like? The slightly disappointing answer is that we don’t know. Any description remains an assumption. 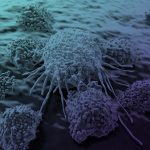 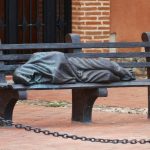