A few hours after birth, a newborn baby is sensitive to the eyes of the person in front of him or her. To establish the interaction, it is important that the gaze is direct, eye to eye.

The gaze is a crucial source of information in social interactions, an essential component of non-verbal communication. As this French team (Paris Nanterre University) explains, “gaze direction modulates face recognition: at 4 months, a baby can recognize a familiar face in a photo, but only a face with a direct gaze, and not with a gaze directed to the side ”. Question: When do these abilities appear and what mechanisms come into play?

To test the hypothesis of early sensitivity to gaze direction as a social signal, 32 newborns (within 72 hours of birth) were confronted with videos of adults talking and looking in their direction. With one difference: the gaze was either direct (eye to eye) or “distracted” (looking above the line of the babies’ eyes). After this phase, the children were placed in front of videos of familiar (seen in the first session) or unfamiliar faces, presented with direct or distracted gaze. The scientists notice:

“The increased attention observed with direct gaze could enhance learning and memorization of facial features in adults,” note the researchers. “In any case, it seems that newborns already have the ability to distinguish between a speaker who is speaking to them (direct gaze) or to others (distracted gaze).

This early sensitivity, combined with social experiences, forms an important basis for the development of skills such as the ability to distinguish the attentional state of the speaker. These findings are important in encouraging parents and caregivers to actively interact with newborns, without being distracted by other stimulation. “ 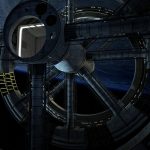 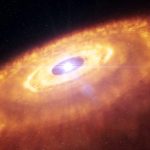