Xenobots, the first living robots made from stem cells unveiled in early 2020, are now able to reproduce autonomously. On a microscopic scale, they are described as living machines or biological machines.

To create the Xenobots, the scientists used a “supercomputer” to program a life form first in virtual reality, then in reality, using cells from the skin and muscular tissue of frogs’ hearts (Xenopus laevis, hence the word “Xeno”). The authors’ method, which was implemented on a supercomputer, simulated several conceivable configurations in order to arrive at the most effective crucial configuration.

Following the computerization of their living form, the scientists then created them with their own hands. Forceps and electrodes were used to cut and assemble cells while working under a microscope. In the end, they created “a living and programmable creature” that represents “a significant step forward” in the development of computer-designed organisms for the intelligent administration of medications, according to the scientists.

Xenobots are built with a hole in the center of their bodies that allows them to “transport” small materials. They, on the other hand, do not have a brain or a central nervous system like humans.

Scientists from the University of Vermont and Tufts Universities in the United States, responsible for the scientific study, claim that Xenobots are able to gather hundreds of individual cells and arrange them into “baby” robots by using a process known as cloning. After a few days, the offspring begin to resemble their “parents” in both appearance and movement.

According to research co-author Douglas Blackiston, a prominent scientist at Tufts University, “for a long time, people assumed that we had uncovered all of the ways that life may reproduce or copy itself. However, this is something that has never been witnessed before.”

The capacity to reproduce was not anticipated when the concept of living robots was first conceived.

As explained by the Digital Aspect during the announcement of the Xenobots Project’s development in January 2020, these living robots are constructed from embryonic stem cells derived from an African frog species and are capable of working in groups, walking, and swimming within an organism, among other things and are able to survive for several weeks without food.

It was disclosed at the time that these are “totally new forms of life that have never been observed in nature,” with bodies created by a supercomputer, according to the researchers. It is important to note that they are neither a traditional robot nor a known animal species. The creation of a living, programmable creature falls under a new category of life, according to Joshua Bongard, one of the scientific leaders in the field.

The capacity of xenobots to live in aquatic settings without extra nourishment for days or weeks, as shown by scientists in a paper published last year, makes them suited for the administration of drugs via the digestive tract. Additionally, they are said to be able to “repair” themselves if they get damaged.

According to Michael Levin, a biology professor at Tufts University, this finding ” took him completely by surprise.” The author explains that “frogs have a method of reproduction that they normally use, but when you separate the cells from their surrounding environment and allow them to figure out how to act in a new environment, not only do they discover a new way to move, but they also discover a new method of reproducing.” 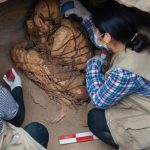 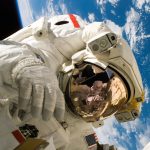 Next post NASA halts spacewalk due to debris notification
0 Shares