Global warming is undeniably bad for all the world’s wildlife. Well almost. Adélie penguins seem to be able to cope. At least for the moment.

Like the Arctic, Antarctica is at the forefront of global warming. And it shows in the numbers. In January 2019, a team of researchers, who relied on 40 years of data, had indeed pointed out that the continent had recorded a loss of annual mass of ice multiplied by six between 1979 and 2017.

This loss of ice, exacerbated by warming temperatures, is not good news for local wildlife. Emperor penguins appear to be in very poor shape. Besides, the species could even disappear before 2100.

The “counterintuitive” case of Adélie penguins

Other coastal species are also affected by this loss of ice, but there is one that seems to be able to deal with it: Adelie penguins (Pygoscelis adeliae).

In a recent study, published in Science Advances, researchers followed the behavior of 175 penguins from a population living in Lützow-Holm Bay, on the eastern part of the continent, during four breeding seasons. To carry out this mission, all the birds were equipped with GPS plotters, accelerometers, and video cameras.

The 2016-2017 season – the fourth – was particularly unusual, marked by a significant loss of distant ice with the currents. The researchers then noticed that, during this famous season, the chicks tended to grow faster. Adults, on the other hand, also gained more body mass.

“It turns out that these penguins are happier with less sea ice,” said Yuuki Watanabe, of the National Polar Research Institute of Japan and lead author of the study. It may sound counterintuitive, but the underlying mechanism is actually quite simple.” But then, how to explain it?

Adélie penguins generally waddle on the ice before entering the water to hunt krill. From time to time, birds also pierce cracks in the sea ice to catch some air.

The fact that there was less ice during this 2016/2017 breeding year ultimately allowed the penguins to expend less energy than usual. They ran less on the ice but swam more at sea and did not necessarily need to pierce the ice to breathe.

According to the study, penguins spent an average of 15 to 33% less energy per trip that year, compared to the previous three years. As the krill and oxygen were obtained without much effort, this energy saved was ultimately used for the growth of birds, whether large or small. 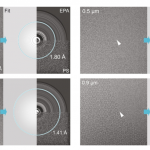 Previous post Cryo-ME: they generate the most precise atom images ever observed 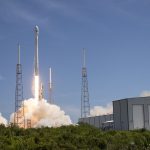